Coherent expecting sales to dip in 2019

But the laser company remains confident of a major long-term opportunity in organic LED display production, once competitors to Samsung have refined their manufacturing processes. 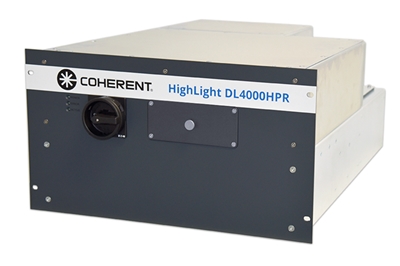 Californian laser giant Coherent has warned of a decline in total sales in its forthcoming financial year, as it waits for key customers in the organic LED (OLED) display sector to refine and ramp up their manufacturing processes.

At the moment the OLED business remains dominated by a single player in the form of Samsung, and Coherent’s excimer lasers are used in a critical annealing step that is well understood. But while Coherent’s CEO John Ambroseo says there is no problem in terms of general demand for OLEDs, competitors to Samsung are still working to master other production steps before they invest in laser production equipment heavily.

For Coherent, it means that the current lull in demand for its excimer laser systems will continue into next year. “For our actual and projected OLED revenue, fiscal 2018 is the current peak and fiscal 2019 will likely be down 15-20 per cent before a recovery starts in fiscal 2020,” Ambroseo told an analyst conference call discussing the firm’s latest financial quarter.

As a result, Ambroseo says that company sales in its fiscal year 2019 (which begins October 1, 2018) should be “within five per cent” of the fiscal 2018 total, which according to current estimates should come in slightly above $1.9 billion.

The latest quarter saw Coherent post a net income of $87.3 million on sales of $482 million – both figures representing year-on-year increases of around 5 per cent.

OLED opportunity
If and when those emerging OLED display manufacturers do work out their production processes, such is the expected scale that Coherent ought to be a major beneficiary. “Recent conversations with panel manufacturers about the investment outlook again confirmed that more than twenty OLED fabs are planned between now and 2023,” Ambroseo told analysts – adding that handset-sized displays will continue to dominate applications through 2021.

The good news for Coherent is that it sells such a diverse range of laser equipment that it should nearly make up for the anticipated fall in OLED-related sales with growing revenues from other applications – notably fiber lasers and related components for materials processing.

“We have continued to make inroads into the materials processing market, which was one of the motivations behind the Rofin-Sinar acquisition,” the CEO said. “The two largest opportunities are in fiber lasers and components for cutting and welding and in laser-based tools for electronics, automotive and medical device manufacturing.”

And he expects that figure to rise by more than 20 per cent next year, helping to off-set much of the anticipated drag from flat-panel displays.

Key areas where Coherent sees good traction include the production of batteries for electric vehicles, where both sales and orders are said to be rising at double-digit rates. That is an area where the company claims to have a technological advantage over its rivals, thanks to a protective element in its laser heads preventing potentially damaging feedback from highly reflective metals like copper.

Laser weapons uptick
Ambroseo also sees a future opportunity for solid-state ultraviolet and ultrafast lasers in the emerging area of “5G” wireless network infrastructure. The CEO says that this will start to kick in in 2-3 years, when higher-frequency requirements will demand more advanced techniques to machine a higher number of PCB layers, as well as thinner copper, and glass substrates.

In other application areas of more immediate value, Ambroseo reported “very strong” orders from the bioinstrumentation sector, in particular for flow cytometry and DNA sequencing applications, as well as a boom in demand from customers in aerospace and defense.

“Record orders from aerospace and defense have doubled over the past year,” he said. “We have seen a sizeable uptick in defense spending for directed-energy programs and we have won a number of contracts for satellite optics.”

That contribution will likely be thanks in part to the Nufern subsidiary acquired as part of the Rofin-Sinar deal. The division has worked closely with the US military, providing dozens of high-power fiber laser amplifiers for development programs co-ordinated by the Defense Advanced Research projects Agency (DARPA).

For the final quarter of the company’s fiscal year 2018, Ambroseo and CFO Kevin Palatnik are expecting to report sales somewhere between $465 million and $485 million. If that prediction proves accurate, total FY 2018 sales would be in the region of $1.92 billion - up from $1.72 billion in its FY 2017.

• Investors reacted positively to Coherent's financial update and forecast, sending the stock up more than 10 per cent in early trading on the Nasdaq market on August 1. At $180, the laser firm's valuation remains well down on the all-time high of $329 reached earlier this year, and equivalent to a market capitalization of some $4 billion.