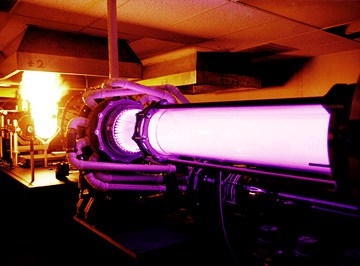 UES, a Dayton, Ohio, company specializing in materials science, aerospace power and more, has won a deal worth up to $49 million from the US Air Force to work on new technologies for protecting air crews from lasers.

According to a contract notice published August 10 by the US Department of Defense (DoD), the company beat bids from three rivals to land a research and development contract associated with the “Flash and Laser Airborne Protection System” program – otherwise known as “FLAPS”.

“This contract is for exploratory and advanced research and development of materials and technologies to control, manipulate, and protect against photonic energy,” announced the DoD.

“Research involved in the processing, structure, properties and performance of photonic materials will provide a means to mature and transition the highest priority products needed by the Air Force.”

The objective of the FLAPS program is to increase aircrew survivability to so-called “flash-blindness” from laser attacks, as well as the future threat posed by directed energy weapons based on high-power lasers.

While there is potentially six years of work available, the contract has been made under “indefinite-delivery/indefinite-quantity” terms, and efforts in fiscal year 2018 are being funded through an initial $1 million award via the Air Force Research Laboratory at Wright Patterson Air Force Base – only a short drive from the UES corporate headquarters and labs.

Critical solutions
Commenting on UES’ selection for the six-year effort, Rob Hull – the company’s divisional director for photonic and electronic technologies - said: “This is an exciting win for UES, allowing us to continue our work in protection technology development and provide us with the opportunity for transition of critical protection solutions directly to the warfighter.”

Company CEO Nina Joshi pointed out that the contract award recognizes UES’ long-standing expertise in laser-materials interaction, much of which has been gained through its Laser Hardened Materials Evaluation Laboratory (LHMEL).

The nationally recognized laboratory, operated by UES but managed by AFRL’s own materials and manufacturing directorate, already provides high-performance data to the likes of the US Air Force, DoD, and NASA, as well as commercial industry customers.

In particular, it specializes in laser/materials interaction testing, including thermal simulation testing, and features lasers ranging in power from 1 kW to a 100 kW. At the top end of that power spectrum, the “LHMEL II” continuous-wave carbon dioxide laser - installed around 30 years ago - can be configured with spot sizes ranging from less than a centimeter to one meter in diameter.

Other sources used at the facility include 10 kW and 20 kW fiber lasers, at spot sizes of up to 30 centimeters in diameter, while LHMEL’s diagnostics suite features a four-color radiometer.