Quantum dot-based materials can boost crop yields; early testing with tomatoes in US achieved up to 30% improvement. 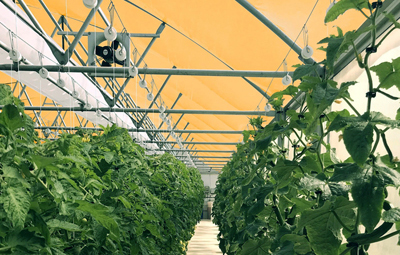 In terrestrial testing the Q-dot films have improved tomato yields by 20-30%.

The unspecified investment is intended to fund UbiQD's collaborative research and development with the University of Arizona to explore using quantum dots to tailor the spectrum of sunlight for optimized crop growth in space.

“This technology offers an innovative approach to managing wavelengths from light source to plant leaf within a food plant production application,” commented Dr. Gene Giacomelli, professor in the Department of Biosystems Engineering Department and the Controlled Environment Agriculture Center at the University of Arizona. “It has the potential to improve the PAR light source efficiency, thereby becoming a game-changer for indoor crop production.”

UbiQD has been developing its quantum dot-based agriculture films after receiving funding from Breakout Labs in 2017 to explore the concept. The company is now aiming to launch a retrofit version of its film product in late 2018 under the UbiGro brand. This film is designed to promote vegetable production and accelerate plant growth.

“With NASA’s support we will work with the University of Arizona’s Controlled Environment Agriculture Center in their College of Agriculture and Life Sciences to evaluate our quantum dot agriculture films for improved lettuce production,” said Dr Matt Bergren, Chief of Product at UbiQD and Principal Investigator for the project. 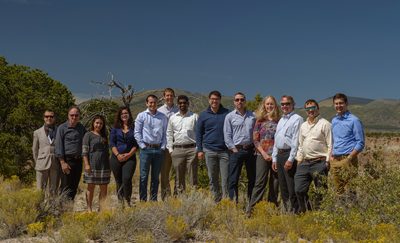 “We have already been testing the films, in both research and commercial greenhouses in the US, and we have seen yield improvements for tomatoes on the order of 20-30 percent.”

UbiQD is a nanotechnology company based in Los Alamos, New Mexico that manufactures high-performance cadmium-free quantum dots and composite materials.

The company focuses on applications that utilize its nanomaterials to manipulate sunlight, enabling solar windows and spectrum-controlled greenhouses.

Spun out of technology developed at Los Alamos National Laboratory, Massachusetts Institute of Technology, the University of Washington, and Western Washington University, UbiQD envisions a future where quantum dots are ubiquitous in a wide spectrum of applications.