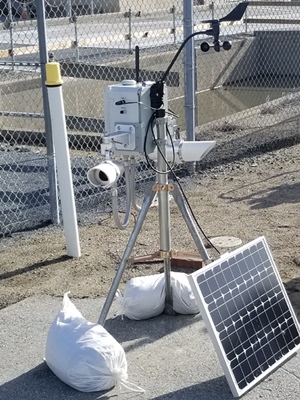 by Andrew Williams
The deployment of optical techniques for gas-leak monitoring is nothing new, with laser absorption and infrared imaging cameras amongst the hardware to find applications. But advances in technology and miniaturization are giving industry more options than ever when it comes to selecting a method, and effective intervention.

Aside from the obvious environmental benefits, there’s a serious economic motivation too: the US-based National Resources Defense Council reckons that as much as 3 per cent of all methane produced by domestic oil and gas firms - equivalent to around $2 billion - is leaked into the atmosphere every year, where it is known to be a major contributor to climate change.

Laser absorption
One recent innovation is a methane detector system initially developed by the US company Acutect, and subsequently commercialized, manufactured and deployed by Indiana-based SENSIT Technologies.

The “Gas-Trac FPL” (fixed point laser) system uses open-path tunable diode laser absorption spectroscopy (TDLAS) to detect methane and methane-containing gases. It is deployed with a single- or dual-laser transceiver assembly, depending on the application, and includes a weather system to monitor wind direction and speed.

Able to detect in a range of 0-10,000 ppm-m along a path up to 100 feet long, the entire system is powered by an integrated solar panel and built-in battery. Real-time data, as overlaid on site maps, also streams detection activity to the user via computer, smartphone, or tablet.

According to Scott Kranstuber, VP of sales and marketing at SENSIT, the Gas-Trac FPL has been in continuous use for more than a year at a major California utility for continuous monitoring of key regulator stations and gas storage fields.

“They own three units so far and have had excellent results,” Kranstuber said. “They are very impressed with the system's ease of use and relative portability, [and] the FPL is also being evaluated by several other gas companies.”

Kranstuber points out that the US-based Environmental Defense Fund helped facilitate third-party testing of the Gas-Trac FPL for several companies in the upstream oil and gas sector - with what he called “excellent results”. In his view, the Gas-Trac FPL is an excellent tool for continuous monitoring of sites where fugitive methane emissions may occur - at wells, storage facilities, compressor stations, and other gas infrastructure.

“The Gas-Trac FPL outperforms manual or periodic monitoring of facilities, both in terms of accuracy, resolution, and response time, while also being far more economical in the long run,” he says. 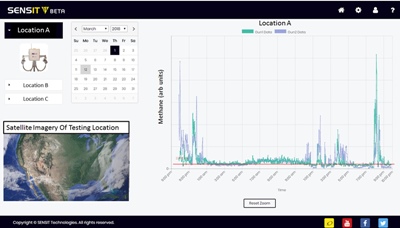 Regulatory uncertainties
But recent events have had an impact. “Uncertainty in the regulatory and political climate, both on the federal and state level, has slowed, and hopefully just delayed, the widespread implementation of this kind of technology for environmental monitoring,” Kranstuber told optics.org. “The FPL and other technology will enjoy a greater deployment, and clients will enjoy economies of scale, once regulations are more clearly outlined and enforced.”

Elsewhere, the Colorado-headquartered outfit Quanta3 has built a different laser system that also makes use of sensitive absorption spectroscopy to monitor methane. Operating in the near-infrared wavelength region, it employs a proprietary optical sampling cell to enhance the absorption signal and minimize noise.

As Dirk Richter, company founder and CEO, explains, precisions of better than 10 ppbv (parts-per-billion by volume) at 1 Hz have been observed in laboratory tests, while 20-30 ppbv represents the more typical figure for outdoor environments.

The autonomous, solar-powered Quanta3 system is and designed to operate in all weather conditions. An integrated anemometer tracks wind speed and direction and allows the sensor to triangulate emissions sources from a distance of several hundred feet.

The company boasts an impressive client roster, having worked with Statoil and Shell to test and operate its methane sensors at production sites since January and June 2017, respectively. The units are installed on well pads at Eagle Ford, Texas, and near Rocky Mountain House in Alberta, Canada.

“Since installation, both pilot sensors have operated maintenance free, and the Texas unit also survived Hurricane Harvey, confirming that the sensor technology is robust and rugged,” says Richter. 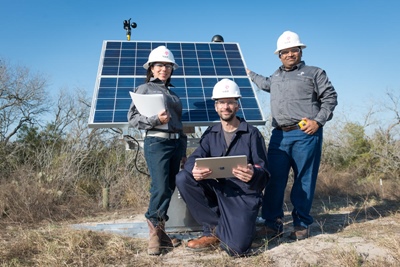 $10k: the magic price point
The CEO also says that this optical system is orders of magnitude more sensitive than the existing optical gas imaging (OGI) techniques typically used by the oil and gas industry. As well as spotting and assessing leak and emission rates, it can distinguish between allowed emissions – for example from pneumatic valves and venting storage tanks - and actual leaks, and is able to pinpoint the location of the emission.

“This provides operators with information on any underperforming equipment in near real-time, so they can deploy their workforce when it is needed and send them with the right tools and spare parts," he says.

“Operators also get a more intimate knowledge of the quality of maintenance being performed on equipment, and get immediate feedback to ensure repairs or upgrades have been performed correctly. In addition, real-time information from our sensors provides a safety feature, and can alert field staff to seek refuge when high levels of methane gas is present at various locations on site.”

According to Richter, the sensor technology is now ready for commercial scale - pending regulatory approval - with oil and gas producers set to benefit in a variety of ways from the deployment of fixed and handheld systems, as well as vehicle-mounted units on drones and trucks.

“Beyond oil and gas, our sensing performance can be further improved and expanded to other gases that are particular of interest in health-related monitoring applications, such as indoor air quality, and urban air quality,” the CEO added.

“With a magnitude of cost reduction, existing applications will start to use these sensors. Currently, high-performance spectrometers cost several tens of thousands of dollars. Magic happens when the cost goes well below $10K,” he predicted. 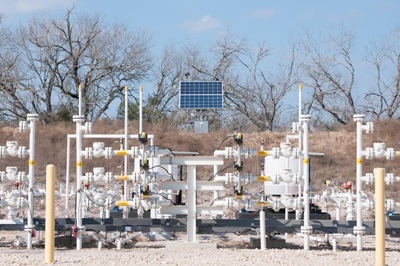 Autonomous operation
Another system to emerge is a long-range, open-path laser unit built by a team at the University of Colorado, Boulder (UCB), and developed under the US Department of Energy’s ARPA-E MONITOR program.

As Greg Rieker from the UCB team explains, the idea is that by launching the laser light over long distances greater than 1 km, and spanning a full 360°, users are able to monitor large areas for methane emissions with a single, autonomous instrument.

The technology itself is based on a frequency comb arrangement, which emits light at hundreds of thousands of discrete wavelengths - and can therefore interrogate many different molecules - simultaneously.

From the absorption patterns generated, the Colorado team is able to determine very precisely the concentration of each gas detected along the laser’s path - and combine measurements of the methane levels at part-per-billion sensitivities with simulations of how wind transports the gases through the atmosphere. The combination allows the UCB team to triangulate the location and size of each trace gas source.

“The biggest advantage of this system over current leak detection methods is that this system can run continuously and autonomously, where current methods rely on an operator being on site to spot check individual pieces of equipment,” says Rieker.

According to UCB researcher Caroline Alden, the system has already been fielded in a few different locations for testing with controlled leaks - and she reveals that the team has also deployed systems for emissions monitoring at two active oil and gas locations.

Field tests and startup activity
So far, the tests have allowed the team to confirm they are able to detect, attribute, and quantify leaks in a controlled setting, in locations where they know there is no interference from local active oil and gas operations.

A series of rigorous single-blind field tests were also conducted at the METEC test facility in Fort Collins last fall, where the team was able to detect 17 out of 17 leaks from a variety of decommissioned natural gas production facilities that had been ‘plumbed’ with emissions.

“We were able to locate most leaks to within 5 meters, and quantify them to within 20 per cent - and these were very small leaks, down to about 3 standard cubic feet per hour,” noted Alden. “All of this was from a vantage point more than a kilometer away. The spectrometer beams were coming from a remote location, which demonstrated our ability to cover large regions and find small leaks from quite far away.”

Rieker says that the UCB team has now formed a company, LongPath Technologies, that will build the systems for commercial deployment.

“The company has been included into several of our most recent funding proposals, and is starting to work with industrial partners," he adds, with four collaborators already on board - two local to Colorado, one in Canada, and one in California.

Rieker concluded: “We think that the most appropriate markets for the technology are in the storage and production sectors of the oil and natural gas industry, but as we continue to work and speak with other potential customers we're keeping an open mind about other sectors as well.”