Lumentum on the up despite 3D sensing pause 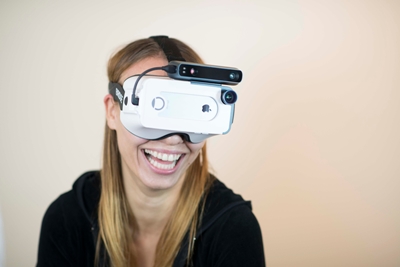 The stock price of California-headquartered photonics equipment maker Lumentum rose in value by more than 10 per cent after it reported record-breaking sales of lasers in its latest financial quarter.

The Milpitas firm’s CEO Alan Lowe told investors that solid demand for telecommunications applications should be complemented later this year by a growing customer base in 3D sensing, where Lumentum’s laser diodes carry out functions like face recognition in smart phones.

“Though seasonally down, we made good progress on new 3D sensing customer programs and are well positioned for new customer product introductions during FY19.” Lumentum’s FY19 starts in July, and new high-end phone designs with 3D sensing features are likely to be made in time for the 2019 holiday season.

But right now sales of 3D sensing components are down substantially on the preceding quarter's bumper total, amid widespread reports that demand for high-end phones have dipped, and a pause in the production of Apple’s iPhone X model that may have more to do with Apple's strained relationship with OLED display provider Samsung.

“As expected, our third quarter 3D sensing revenues declined substantially, driven by customer seasonality,” Lowe told an investor call to discuss the latest results. “This seasonality is continuing into the fourth quarter, but we expect volume will ramp up again in the first half of fiscal 2019.”

The latest quarter did include some modest shipments of 3D sensing devices based on edge-emitting lasers, to customers using Android operating platforms, added the CEO. Those customers are expected to drive much larger volumes in the future, noted Lowe.

And when asked specifically about the likely relative demand for edge-emitters and VCSEL devices for 3D sensing, Lowe said that Lumentum was adding capacity for what the company expects to be a likely ramp in edge-emitter production for Android devices in calendar 2019.

Fiber laser system launch
Turning to the company’s commercial laser business, Lowe reported a 32 per cent year-on-year increase in divisional sales, to $52.5 million. That was partly the result of strong demand for high-power fiber lasers, with the CEO telling investors that Lumentum would be launching its own turn-key fiber laser system later this year.

“Our industrial diode laser product line, which is primarily driven by customers building their own fiber lasers, also delivered continued strong results,” Lowe said, adding that the company was currently capacity-limited in this area.

“The combination of external customer demand and internal demand for use in our own fiber laser outstripped our ability to supply in the third quarter,” he reported. “We are expanding capacity in these product lines to enable higher external sales as well as increased supply into our own fiber lasers. All these capacity additions are in our own factory in Thailand, which started shipping qualified, industrial diode laser products in April.”

In the fiber laser sector, Lumentum has a long-standing relationship with the Japanese machine tool firm Amada – but now looks to be trying to expand beyond that to broaden its customer base.

No Oclaro update
Another key development in the pipeline for Lumentum is the company’s pending $1.8 billion acquisition of Oclaro. While Lowe offered few details about the progress being made on the deal while it is still awaiting anti-trust approval, he did say: “I believe this is not only a major milestone for Lumentum, but [for] the entire optical industry.”

The merger deal still requires regulatory approval in China, as well as the support of Oclaro’s shareholders, and comes at a time when trade relations between the US and China look increasingly subject to political interference.

For the latest quarter overall, Lumentum posted a net income of $2.7 million on sales of just under $299 million. That revenue is likely to slip back in the current quarter, as sales for 3D sensing applications continue to dip ahead of the expected ramp later in the calendar year.• Having traded up 11 per cent to $58.60 on the Nasdaq exchange following the earnings call, Lumentum currently commands a market capitalization of around $3.7 billion.