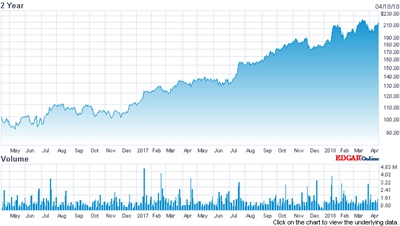 With the first generation of laser-powered EUV systems expected to crank into production ramps by the end of this year, ASML’s customers are already looking several years into the future, and for confidence in a roadmap that will further extend device feature scaling.

High-NA optics is expected to be a critical part of that roadmap, with ASML working on the technology through its close collaboration with EUV optics provider Carl Zeiss SMT.

Throughput benchmark
ASML’s CEO Peter Wennink said: “High-NA is an extension of EUV lithography and will enable geometric chip scaling beyond the next decade, offering a resolution and overlay capability which is 70 per cent better than today’s most advanced EUV systems.”

He added that three customers had placed initial orders for research-level high-NA systems, for an aggregate four tools initially, plus options for another eight volume systems that are scheduled to start shipping in 2024.

Company CFO Wolfgang Nickl said: "Our customers are very excited about [high-NA] EUV. It essentially gives them the opportunity to extend their technology roadmaps."

The high-NA orders do not yet appear in ASML’s official order book, however, as the complex optical designs required are still years away from completion.

Technological progress with the throughput of the EUV systems, which sell for around €120 million apiece, has seen the first generation of tools reach a productivity of 140 wafers per hour at ASML’s own development facility in Veldhoven.

The company points out that a chip-making customer has also now demonstrated 125 wafers per hour throughput, seen as the key benchmark for initial productivity performance.

Dividend hike
ASML’s billion-euro investment in Carl Zeiss SMT, completed last year, is a key element of the drive to push EUV technology even further. The company explains that the current, first generation of EUV tools offers a numerical aperture of 0.33. But that will improve to 0.55 with high-NA optics, giving its customers the scope for further device scaling.

For the opening quarter of the year, ASML posted a net income of €540 million on sales of €2.29 billion. The total included revenue recognition for only one EUV system, but that level is expected to rise significantly from now on.

“All in all, we saw a good start of the year, and we reiterate our expectation for continued solid growth in 2018, both in sales and profitability,” said Wennink, with ASML’s executive team proposing to increase shareholder dividends from €1.20 to €1.40 per share as a result.

• Relatively unmoved by the latest earnings release, ASML's stock price continues to trade at close to record highs. At around $210 on the Nasdaq exchange, the company's market valuation currently stands at approximately $91 billion.