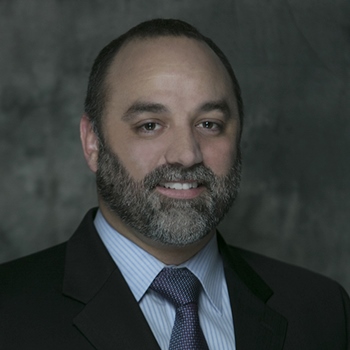 KMLabs, the ultrafast laser systems company set up by the Kapteyn-Murnane research group at JILA in Colorado, has appointed a new CEO following its latest round of venture financing.

Kevin Fahey, who previously filled a series of executive-level roles at Carl Zeiss, takes over from co-founder Henry Kapteyn.

Kapteyn established the company alongside Magaret Murnane back in 1994, and will now shift to the role of executive VP, CTO, and board co-chair. Murnane will continue to sit on the KMLabs board and provide support for technology development, while Sterling Backus remains in his role as the company’s chief scientist.

4-photon microscopy
The management switch comes just a couple of weeks after the Boulder-based firm filed details of a $12.2 million round of equity funding, in which Fahey was involved.

Supported by prior investors Intel Capital and the Colorado Impact Fund, the latest round is intended to support the release of more robust versions of KMLabs’ state-of-the-art systems, and a focus on applications in advanced biophotonics and industrial markets.

Jackie Sturm, general manager of Intel’s global supply management group and a member of the KMLabs board, commented: “The company is now poised to bring full solutions based on this technology to an expanded range of scientific applications, including neuroscience, materials research, and physics labs, as well relevance for industrial markets.”

Fahey, who became CEO of Carl Zeiss’ X-ray microscopy business when the German optics giant acquired Xradia back in 2013, added: “We are very excited to begin building the collaborations and the community that will enable emergent technologies like 3- and 4-photon microscopy, 2D-IR, and ultrafast photoemission spectroscopy."

“Even tabletop ptychographic imaging and EUV acoustic nanometrology will become practical realities for any laboratory,” Fahey predicted. “KMLabs have developed phenomenal technology into which we will continue to make substantial investment. I am personally looking forward to working with this amazing team to drive the company’s leadership in laser technology, collaborating with scientific and industrial thought leaders in these important fields to advance great technical approaches from pioneering science to everyday practical reality.”

Tabletop EUV
The latest fundraising comes around 30 months after KMLabs secured $7.2 million in series A funding that was intended to extend the firm’s manufacturing facilities, and accelerate the development of advanced products like its tabletop sources of coherent extreme ultraviolet (EUV) light.

"The results of development in recent years have generated class-leading and fully robust solutions within unusually small - laptop-to-tabletop-sized - form factors," claims the firm.

In a release announcing Fahey as the new CEO, Kapteyn noted: “We are very excited to see our company, which grew out of the commercialization of our research efforts, progress to this new, dynamic phase of its existence.

“We’ve built a solid foundation of advanced technology on which new integrated solutions will now be built, under leadership experienced at doing the same.”