ULIS expecting faster thermal sensors will boost demand for for machine vision apps; on show at DCS next week. 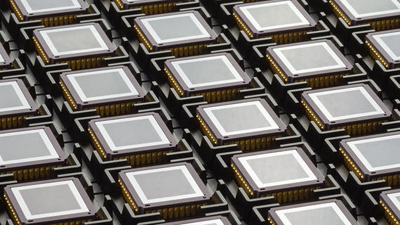 ULIS, a Grenoble, France-based developer of thermal image sensors for commercial, defense and security applications, says it has achieved “unmatched performance” with its latest bolometer, a type of thermal sensor, which now meets the speeds of fast imaging applications.

ULIS states, “We have achieved a response time that is four-times greater than standard bolometers. ULIS has achieved this faster speed without any trade-off in sensitivity; we are the first to overcome this technological challenge in its aim to significantly raise the overall Factor of Merit of bolometers.

ULIS has presented its results and performance in a technical paper entitled ULIS Bolometer for Fast Imaging Applications Sets New Response Time Record. The device will be on show at SPIE Defense + Commercial Sensing, which runs through next week in Orlando, Fl, USA, between April 15-19 (see below). ULIS will be exhibiting at the Sofradir Group booth #806.

In contrast to standard bolometers, ULIS’ quicker response time means that it can detect fast moving objects without producing a blurred image. This new pixel technology enhancement, in conjunction with the bolometer’s comparably lower price, make it suitable for inclusion in machine vision cameras, where high frame rates for in-line quality inspection are required but previously the cost of adopting thermal imaging had been prohibitive. The bolometer will also have wider application in defense, such as missile warning systems.

“ULIS is thrilled with the outstanding results we have achieved in improving both the response time and sensitivity of the bolometer. This is proof of the continued strength of our affordable pixel technology and the skillset within our R&D teams,” said Sébastien Tinnes, marketing team leader at ULIS. 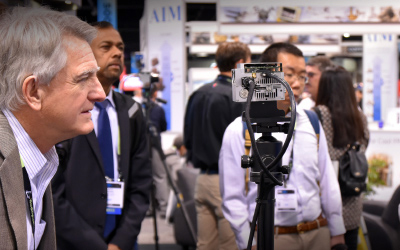 DCS 2018, the US' largest exhibition on sensing, imaging,and infrared tech.

“We feel camera makers will benefit tremendously from thermal image sensors, which, when used in conjunction with visible or SWIR cameras, can provide valuable additional information on product quality. We look forward to exploring with customers, industrial partners and the scientific community attending SPIE Defense and Commercial Sensing in Orlando in mid-April, the potential of integrating this new pixel technology into future equipment requiring fast imaging capabilities.”

SPIE Defense + Commercial Sensing Expo, the largest exhibition on sensing, imaging, and infrared technologies. The organiser is expecting 5,000 attendees, interested in the latest optical components, photonic sensors, infrared technologies, laser systems, imaging, robotics, fiber optics and cameras. It is described as an opportunity to connect to potential purchasers from the US Army, Navy, and Air Force, NASA, as well as companies such as Flir, Lockheed Martin, L-3, and many more.