Photonic sensors tipped to improve safety record in sector responsible for tens of thousands of serious injuries each year. 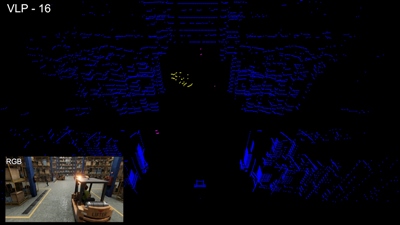 Lidar sensors could help reduce the number of serious injuries and fatalities from fork-lift truck accidents, according to technology developer Velodyne Lidar.

The Silicon Valley company, which raised $150 million back in 2016 in a venture financing round backed by Ford and Baidu, has hooked up with the robotics and software firm MechaSpin and data management provider CVEDIA to deliver an advanced driver awareness system (ADAS) called “ForkAlert” that they believe will provide for a safer warehouse environment.

Dangerous driving
Figures from the US Occupational Safety and Health Administration (OSHA) confirm that there are nearly 35,000 serious accidents involving forklifts every year in the US alone, of which 85 result in a fatality.

Nearly half of those fatalities are believed to result from an operator being crushed by their own vehicle – often because seatbelts are not worn – and it is hoped that the ForkAlert system, showcased at this week’s MODEX 2018 trade show in Atlanta, will reduce the number of serious incidents significantly.

Equipped with Velodyne’s “VLP-16” three-dimensional lidar sensor, the system is said to help forklifts and other industrial vehicles identify and classify surrounding objects in real-time. “The sophisticated ADAS quickly alerts the driver through a series of audible and visual alerts, providing them with 360-degree protection around the vehicle,” state the developers.

Frank Bertini, Velodyne’s business manager for UAV and robotics applications, added: “Working with MechaSpin and CVEDIA has been very exciting, as we are passionate about helping companies develop more effective automated systems – in this case, for both operators and pedestrians in warehouses.”

The VLP-16, often called the “Puck” for its resemblance to an ice hockey puck, delivers 300,000 geospatial data points per second. It has also been deployed in early demonstrations of lidar-equipped autonomous vehicles from several different car manufacturers.

“These points are used by the ForkAlert system to map the environment and build a 3D point cloud in real-time,” states Velodyne. “People, vehicles, and stationary objects are identified clearly within the mapped point cloud, providing full 360-degree awareness to the forklift operator. Velodyne’s Puck acts as an ideal robotic eye for ForkAlert, aiding the driver when vision may be limited.”

Machine learning meets lidar
To speed up and improve their development of the ForkAlert system, MechaSpin partnered with CVEDIA, whose technology enabled rapid prototyping, design, and test stages.

• Velodyne is hosting live demonstrations of the technology on its booth at the MODEX 2018 event, which is taking place April 9-12.