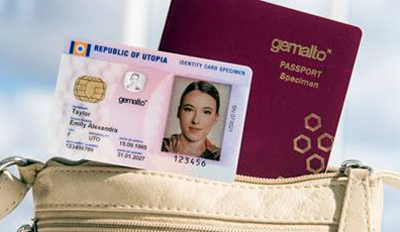 Gemalto, an Amsterdam-headquartered digital security systems developer, has this week announced the launch of two new laser-personalized innovations designed to further increase the security of official identity documents, such as passports and national ID cards.

The company stated, “These laser-generated security features are available immediately as additional options in our Gemalto Color Laser Shield secure identity solutions range and are already supported by major brands of personalization equipment.

Color laser engraving is considered to be one of the most secure ways to personalize documents. Gemalto commented, “The technique has won the trust of progressive government bodies worldwide and is gaining further momentum in 2018.”

The new enhancements are highly sophisticated but simple to adopt by the government agents in the field. They are designed to counter forgery while remaining easy for officials to verify their authenticity, thereby providing greater convenience for legitimate holders. 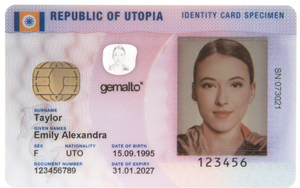 The two new laser-based security features are as follows:

The company explained, "These two new features are part of our ongoing commitment to constant improvements in the security of our products.”

”Our Color Laser Shield technology was launched in 2014, also known as Color in PC, will see further innovations in the very near future," said Youzec Kurp senior vice president ID Document Solutions, Government Business Unit, for Gemalto. "These superior security features for ID and passport design offer the best tools against fraud and creative answers to the evolving demands of government authorities and high security printers."