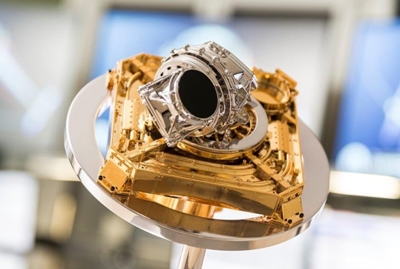 Berliner Glas Group, the Berlin-headquartered manufacturer of optics and optical systems, has posted record sales for 2017, and is looking to recruit heavily as demand for its products continues to grow strongly.

At €193 million, 2017 revenues were up nearly 16 per cent on the 2016 level, with the company expecting that growth to accelerate to 20 per cent this year. The group's turnover has now doubled over the past decade.

The group of companies contributing to the total includes Berliner Glas, as well as subsidiaries Berliner Glas Technical Glass, and SwissOptic, with sites in Berlin, Heerbrugg in Switzerland, and Wuhan in China.

The parent firm says that each of the businesses contributed to last year’s sales growth, with impetus coming from its semiconductor and photonics-focused divisions and the current momentum in organic LED display production.

Training scheme
Group CEO Andreas Nitze commented: “We want to continue to grow faster than the market and gain new shares in our market segments. We are on a good path, which is shown by the very high level of incoming orders, among other things.”

Headcount has grown at a similarly rapid rate, with the group now employing some 1334 people – up nearly 13 per cent in a year. Berliner Glas wants to add another 200 recruits in Berlin, and with optics and photonics skills at a premium it has set up a dedicated training scheme to help bridge something of a skills shortage.

“One essential, limiting factor is the availability of skilled staff,” announced the firm. “We are looking for employees in every business segment, [including] development, production, support departments, and sales.”

In particular, the firm needs to hire qualified precision opticians for the volume production of key optical components, assemblies, and systems. With such experience in very limited supply, even in Germany, the company has developed an internal training program to help meet the demand.

“Anyone with technical training, such as precision engineers, flat glass mechanics, opticians, dental technicians, watchmakers, microtechnologists, or physics lab technicians, can participate in this eight-week training program and learn the various production techniques and work procedures in precision optics,” it says.

Space communications
Meanwhile, the expansion of the production area at the company’s Berlin headquarters is said to be “in full gear”. Investments include new cleanroom space, alongside production processes, innovation, and personnel.

Berliner Glas added that trends in the medical, semiconductor, metrology, and display sectors were all helping to drive demand, alongside the growing move to deploy laser-based communications in space.

Back in 2015, the company said it was expanding its “coatings and surfaces” division. A new customized plasma system has helped with the production of highly sophisticated coatings comprising a plurality of individual layers. Examples include edge filters, dielectric mirrors with highly reflective layers, or laser-resistant layers.

One application for such coatings is space communications, and in 2016 the first element of the high-speed European Data Relay System (EDRS) - featuring several optical components and systems provided by Berliner Glas - was launched into geostationary orbit.

EDRS is now used by so-called "Sentinel" satellites in the European Space Agency's Copernicus constellation, helping to beam back high-resolution images back to Earth near-instantaneously.