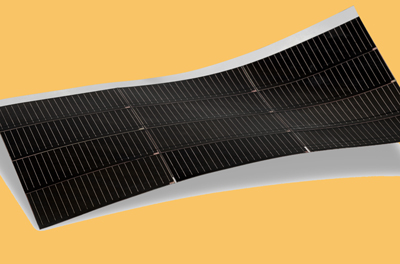 With its record-setting 25.1% conversion efficiency, the module can be used to power a range of products such as unmanned aerial vehicles (UAV), electric vehicles, and smart sensors that were previously limited by low efficiency solar solutions. In August 2017, automaker Audi announced that it had started working with Alta Devices on cars with ‘solar roofs’.

The company says that the record for solar efficiency represents a breakthrough in its vision for the future of solar energy applications. Hanergy believes that the accelerating trend toward autonomous machines demands an onboard power source that can be seamlessly recharged and has minimal impact on physical form.

"As we move toward a world of autonomous machines, developing sources of power that can be replenished without interruption is increasingly important," said Alta Devices Chief Marketing Officer, Rich Kapusta. "Each time our technology achieves a new world record, it has been designed with a clear focus on this goal."

Dr. Jian Ding, Senior Vice President of Hanergy Thin Film and CEO of Alta Devices said, "Throughout Alta's history, our world class engineering team has continuously focused on developing the world's best solar technology. Our goal with this module was to demonstrate world record efficiency in mass production at commercial scale. Applications for this type of thin and flexible solar power are becoming broader and more critical." 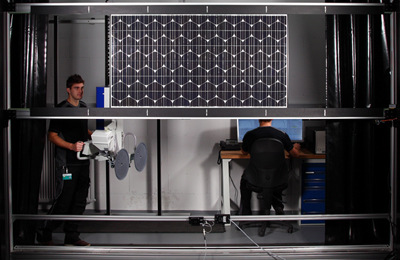 Extremely efficient, light and flexible, Alta Devices' thin-film solar panels have been successfully applied to a range of different products. On the transportation side, Alta Devices has worked with European car maker to integrate solar cells into panoramic glass automobile roofs.

In terms of UAVs, Alta Devices has made strides toward solving one of the biggest "pain points" of traditional unmanned aerial vehicles by applying the highest-efficiency gallium arsenide thin-film solar cell to develop a UAV with the longest flight time in the world. Extremely light and flexible, the thin-film panels were easily integrated into the drone without altering its aerodynamic profile.