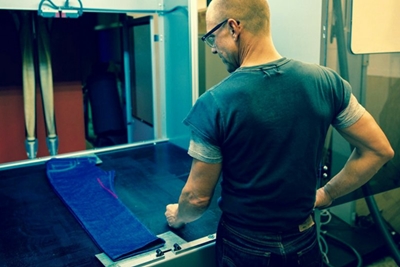 Levi's: now made with lasers

Jeans maker Levi Strauss says that it will roll out a new laser-based manufacturing process over the next two years, with the aim of both speeding production and reducing its use of hazardous chemicals.

The iconic US firm, which last year sold $5 billion worth of denim apparel, has been working closely with the Spanish firm Jeanologia. The Valencia-based company has pioneered the use of advanced technologies in clothes manufacturing, with a laser production facility in Barcelona and an ozone production center in Turkey.

Both technologies are intended to reduce the consumption of water, energy, and hazardous chemicals in clothes production – with the company claiming that more than one third of the estimated 5 billion pairs of jeans produced every year are now made using its tools.

“By replacing manual techniques and automating the jeans finishing process, Project F.L.X. radically reduces time to market - and puts us on a path to eliminate thousands of chemical formulations from jeans finishing,” announced the firm in a blog post dated February 27.

Levi Strauss CEO Chip Bergh added that the laser approach reduces the current 18-20 process steps required to finish a pair of jeans off to just three, while digital imaging techniques could now be used in place of chemicals to produce distressed or faded patterns.

“For more than 30 years, the apparel industry has used hand-finishing to accentuate worn, faded design elements on denim,” says the firm. “By using lasers in new ways, finishing time is cut dramatically – from two to three pairs per hour to 90 seconds per garment, followed by a final wash cycle.”

Game-changer
Liz O’Neill, a senior VP at Levi’s with ultimate responsibility for the company’s supply chain, added that the new approach would allow much more responsive clothes production, cutting lead times from more than six months to just a few days in some instances.

“The advanced imaging capability is a game-changer for us, and something that has eluded our industry for years,” she added.

Levi Strauss also says that it has been re-skilling some of its employees in software development and laser operations. “Retraining will be a key tenet as this new model rolls out globally,” stated the firm, which intends to phase in the new approach over the next couple of years, with a goal of being fully scaled in 2020.

“We are addressing both agility and sustainability without compromising the authenticity our consumers expect from us. This is the future of jeans manufacturing, and [Levi Strauss] is well-positioned to lead the way.”