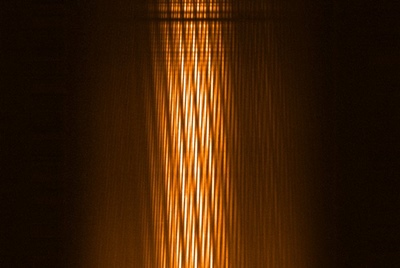 Astronomers working with the Very large Telescope (VLT) at the European Southern Observatory (ESO) have begun using a new piece of optical equipment that will yield unprecedented insights into the formation of massive stars and exoplanet atmospheres.

The Multi AperTure mid-Infrared SpectroScopic Experiment (MATISSE) is an interferometer that combines mid-infrared light collected by up to four different telescopes. In doing so, it generates the imaging power of a 200 meter-diameter telescope – an order of magnitude larger than any current or planned instrument.

Walter Jaffe and Gerd Weigelt, who are co-principal investigators on the project, said in an ESO release: “MATISSE will give us dramatic images of planet-forming regions, multiple stars, and, when working with the VLT Unit Telescopes, also the dusty discs feeding supermassive black holes.”

They added: “We hope also to observe details of exotic objects in our Solar System, such as volcanoes on Io, and the atmospheres of giant exoplanets.”

Beam combiner
The optics of the interferometer system comprise a four-way beam combiner, which can be used in conjunction with both the 8.2 meter-diameter VLT “unit telescopes”, and the smaller (1.8 meter diameter) auxiliary telescopes at the Paranal Observatory in Chile.

The system was developed over 12 years by engineers and astronomers in France, Germany, Austria, the Netherlands and ESO. Following an extensive period of demanding work installing and testing the complex instrument, initial observations – including studies of the well-known red giant star Betelgeuse in the constellation Orion - have confirmed that MATISSE is working as expected.

Betelgeuse is expected to explode into a supernova in the relatively near future (the next few hundred thousand years), and the early MATISSE observations have shown evidence that the star appears to be a different size when viewed at different wavelengths. “Such data will allow astronomers to further study the huge star’s surroundings and how it is shedding material into space,” ESO said.

The MATISSE project’s principal investigator is Bruno Lopez, from the Observatoire de la Côte d’Azur in Nice, France. Explaining the optical principles behind the unique power of the equipment, he said:

“Single telescopes can achieve image sharpness that is limited by the size of their mirrors. To obtain even higher resolution, we combine - or interfere - the light from four different VLT telescopes.”

Optical power
This power is said to deliver the sharpest ever images from any telescope in the 3-13 µm wavelength range, something that will complement future observations made by the James Webb Space Telescope after its planned launch next year.

Thomas Henning, director at the Max Planck Institute for Astronomy (MPIA) in Heidelberg, Germany, and another of the MATISSE project’s co-principal investigators, added: “By looking at the inner regions of protoplanetary discs with MATISSE, we hope to learn the origin of the various minerals contained in these discs - minerals that will later go on to form the solid cores of planets like the Earth.”

The system is based on the principle of “optical long-baseline interferometry”, where signals from multiple telescopes are combined, and similar approaches have previously been used with radio telescope arrays.

While the approach is generally limited to observations of relatively bright objects – like Betelgeuse – the VLT configuration should extend the sensitivity to the level needed for studies of active galactic nuclei and protoplanetary discs.

The full optical design, details of which can be viewed here, includes a series of beam splitters, cold stops, and camera lenses.

Among the contractors involved in the development of the interferometer system were Grenoble-based ALPAO, whose rapidly deformable mirrors play a key role in correcting for atmospheric distortion.