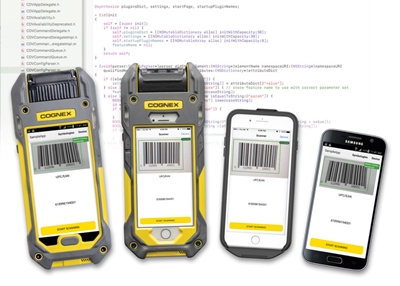 Executives at the Nasdaq-listed machine vision company Cognex have reported what they described as a “fantastic” year of record sales and profits.

“Market conditions were very strong, the best we have ever experienced,” CEO Robert Willett told an investor conference call, as annual revenues in 2017 soared 44 per cent to $748 million.

With the fast-growing Natick, Massachusetts, firm able to command enviable profit margins thanks to its market dominance, Willett and Cognex’ founder “Dr. Bob” Shillman registered a pre-tax income of $267 million in 2017 – up from $169 million in the previous year.

And while the company recorded a tax charge of $83 million in the final quarter, relating to the US administration’s recent sweeping corporate tax reforms and the estimated cost of unrepatriated earnings outside the US, Cognex was still able to deliver a record net income of $177 million for the year.

Willett told investors that the company saw growth in all geographic regions and a wide range of industries, highlighting the broader deployment of organic LED (OLED) displays in consumer electronics devices as a key factor. Apple’s recent adoption of OLED displays has helped drive that, with the around 20 per cent of Cognex’ sales now attributed directly or indirectly to the giant consumer electronics firm.

Headcount up
Cognex has also been growing rapidly in terms of employees – who the executives refer to as “Cognoids” - with headcount up 25 per cent year-on-year as spending on both research and development and sales efforts rose sharply.

Willett is expecting that trend to continue, stating: “Market dynamics were strong in 2017 and that has continued into the first quarter of 2018. Even though Q1 will likely be the lowest revenue quarter of the year, we will invest in new product development, expand our sales force and develop our IT and other infrastructure so that we are ready for the growth we expect in the years to come.”

And while the full implications of the new US tax regime are not yet fully understood, the CEO indicated that overall corporate taxes should end up significantly lower, with an expected effective tax rate of 14 per cent in the opening quarter of 2018.

Willett also told the investor call that applications in the emerging field of 3D machine vision were growing quickly, and that although this area represented only about 5 per cent of the company’s current business, it was growing at around 50 per cent annually – primarily driven by applications in the consumer electronics and automotive sectors.

Dividend payout
With $828 million in cash and investments now on the Cognex balance sheet – and no debt – Shillman told investors that the priority remained investing in future growth and technological development.

However, the company is looking to return some of that cash to shareholders, both declaring a new quarterly cash dividend of $0.045 per share and authorizing a $150 million share buyback program intended to help reduce share dilution associated with employee incentives.

• Despite the buoyant mood, Cognex’ stock price was down 10 per cent in pre-market trading following the results announcement and call – likely a reflection of the anticipated Q1 revenues of around $170 million.

Although that total would represent year-on-year growth of 20 per cent in what is a seasonally weak period, it would also mean a decline on both the Q4 2017 total of $180 million, and the bumper Q3 sales figure of $260 million.