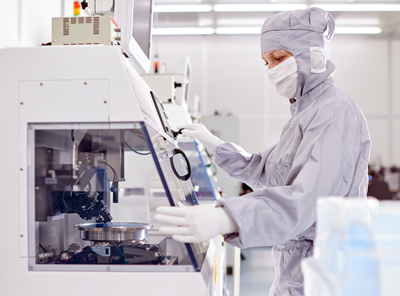 Having achieved new sales records for 2017, Jenoptik has set itself ambitious targets for its 2018 performance for further revenue increases and to push its profitability above previous forecasts. The company has this week announced a new “group strategy”, based on more focus, innovation, and internationalization.

Jenoptik announced that it achieved “new record business figures” in 2017. According to provisional calculations, revenue grew 9.2 percent to around €748 million (prior year €684.8 million). During the fiscal year EBIT improved at a faster rate than revenue, to just under €78 million (€66.2 million), equating to a margin of 10.4 percent (9.7 percent).

The company this week stated that it saw “a strong fourth quarter” in terms of order intake; over the full year, the company received new orders with a combined value of approximately €803 million (€734 million).

Stefan Traeger, President & CEO since May 1, 2017, commented, “Overall very good business performance was facilitated by strong demand from the semiconductor equipment industry and, on a regional level, strong growth in the US.

”Despite a substantial increase in capital expenditure, the free cash flow remained at a good level of around €72 million (€79 million). Our highly encouraging performance and solid financial resources let us look into the future with a lot of optimism.”

The company’s new strategy will enable a clearer focus on photonic technologies in all of the company’s initiatives and developments. Traeger said, “In a nutshell, this is Jenoptik’s strength and its core area of expertise: our photonics-based products and services provide our customers with the competitive edge they need.

“We’re going to concentrate our work on applications for attractive and promising photonic markets and continue to develop our business by focusing on ‘More Light’.” Areas of particular interest will include information processing, smart manufacturing, sensing and metrology, as well as biophotonics.

The company’s future organizational structure is designed to shore up the focus on photonic technologies for high-growth markets and combine activities based on equal business models and a similar understanding of markets and customers. 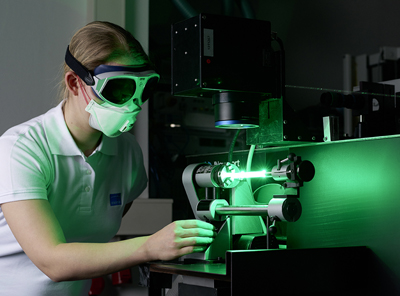 Jenoptik has set itself ambitious targets for 2018.

Traeger continued, “This leads to three divisions with shared technological competencies in photonics.” These competencies cover expertise relating to optics, sensors, imaging, robotics, data analysis, and human-machine interfaces. The activities carried out in today’s Defense & Civil Systems segment, which are based on mechatronic technologies, will be operated under a new, independent brand.

For 2018, the first steps involved in implementing this new strategy, which is supported by Jenoptik’s Supervisory Board, include developing the divisions’ strategic trajectories in line with the Group strategy and implementing active portfolio management.

Chief Financial Officer Hans-Dieter Schumacher commented, “Our business and reporting structures will accordingly change on January 1, 2019. Up until the end of 2018, Jenoptik will continue to report on the basis of its current segment structure.”

The Mobility segment reported growth of around 9 percent, to approximately €270 million (€247.7 million). EBIT came to just under €19 million (€24.4 million), in particular due to one-off costs in a traffic safety project.

For 2018, the Executive Board confirmed its original growth target, aiming for revenue to be around €800 million. EBIT margin is expected to be in a range between 10.5 and 11.0 percent, up versus prior forecasts of around 10 percent.

“Now that we’ve eliminated debt and established the Jenoptik brand, we’re in an ideal position to move Jenoptik into the next stage of its development,” says CFO Hans-Dieter Schumacher. With a sharper focus on photonic technologies, topics such as internationalization and innovation become even more important for the company: Jenoptik’s R+D output including customer-specific projects is due to grow to approximately 10 percent of revenue by 2022.

International diversity will also distinguish Jenoptik more strongly than in the past. Stefan Traeger: “That means international teams and more decisions being taken locally.” There will be production facilities and local R+D teams in all key regions, and at least one division will be based outside of Germany by 2022.

“We’re building on prior achievements and are now entering a new period of accelerated growth. Our strategic reorientation gives our employees and our shareholders a clear perspective in a strong company,” concluded Traeger.