Former senior executive of Japanese firm could also be jailed after failure to file adverse event reports related to endoscopes. 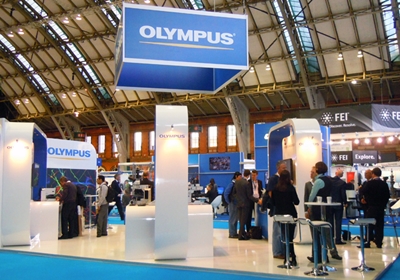 The US Department of Justice (DOJ) has fined the medical division of Tokyo-headquartered Olympus $85 million, after the company failed to correctly report details of three separate outbreaks of infections connected to its endoscope technology.

Olympus Medical Systems Corporation and former senior executive Hisao Yabe each entered guilty pleas before a US District Court in Newark, admitting to violations of the Federal Food, Drug, and Cosmetic Act (FDCA).

Those violations related to Olympus’s “TJF-Q180VW” duodenoscopes – specialist endoscopes for gastroenterology investigations. The equipment is widely used in the US, with more than half a million procedures each year, but in 2012 was associated with infections at three different locations in Europe.

However, Olympus failed to report the necessary adverse event reports for those infections in the appropriate manner to the US Food & Drug Administration (FDA).

Yabe, who admitted personal responsibility for the failure to file the necessary information relating to the Erasmus Medical Center infections, now faces a $100,000 fine and a maximum of one year in prison when sentenced next March.

At the time of the infections, Yabe was the manager of Olympus’s quality and environment division, with responsibilities including adverse event reporting in the US.

Jody Hunt, assistant attorney general for the DOJ’s civil division, said in a departmental release: “Medical devices, such as the Olympus duodenoscope that is used in 500,000 procedures per year in the US, can extend and improve the quality of life for many people.

“But when a device manufacturer becomes aware of risks that could lead to illness, injury, or death, there is a statutory obligation to report that information to the FDA in a timely manner. By failing to do so, Olympus and Mr. Yabe put patients’ health at risk.”

Criminal offense
In its own statement, Olympus admitted that it failed to make the required initial filing regarding the Kremlin Bicetre infections, and also failed to file required supplemental reports relating to the Erasmus Medical Center and Clinique de Bercy infections – although it had filed initial reports for those two outbreaks.

Under the statutes of the FDCA, it means that the duodenoscopes are deemed to be “misbranded”, and a criminal offense to ship such devices in interstate commerce.

“Between August 2012 and October 2014, Olympus shipped hundreds of misbranded duodenoscopes in the US, generating approximately $40 million in revenue and approximately $33 million in total gross profit,” the DOJ added, noting that the $85 million fine represented more than double the firm’s total profit from the mis-sold devices.

In the Olympus response, company president Hiroyuki Sasa said that the company “deeply regretted” its failure to file and supplement the relevant reports of the infections, and took full responsibility for those failures.

Olympus also pointed out that the subsequent investigation did not identify any direct harm to patients as a result of the disclosure failures, and said the settlement does not impact the availability of its products and services worldwide.

The company added that it has since made "notable compliance improvements", for example significantly enhancing its regulatory affairs function, reorganizing its global regulatory affairs department, adding reporting and supervisory personnel, restructuring the organization to promote greater communication and accountability, and increasing training for employees.

The case also highlights the desire in some quarters to pursue disposable endoscope technology more widely. Earlier this year the image sensor manufacturer OmniVision reported its co-development of a disposable endoscope based on wafer-level optics with partner BioVision Technologies.

Their turnkey system was described as suitable for in-office medical procedures that require disposable endoscopes and catheters, including ear-nose-throat (ENT), arthroscopy and urology applications, stated the company in June.