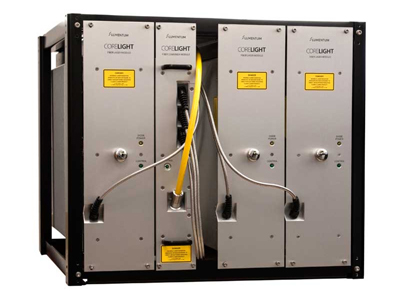 Lumentum, a manufacturer of photonic products for optical networking and commercial laser customers has completed its acquisition of Oclaro, first announced in March, 2018. Oclaro's stockholders had previously green-lighted the merger agreement. As a result of this completion, trading in Oclaro’s common stock on the NASDAQ Stock Market ceased as of December 10.

"I'm excited to close the acquisition and we will now move forward with realizing the strong potential of the combined company,” said Alan Lowe, president and CEO of Lumentum.

”The combined scale, resources, talent, and breadth of technologies will help us accelerate innovation and the development of the products our customers and network operators around the world need to handle the tremendous and unrelenting growth in network bandwidth."

In connection with the acquisition of Oclaro, Lumentum confirmed that it has obtained antitrust clearance from the People's Republic of China's State Administration for Market Regulation. This clearance satisfies the Oclaro acquisition's closing condition in relation to an expanded Lumentum being permitted to trade with China.

Under the terms of now-completed merger agreement, Oclaro stockholders will receive $5.60 in cash and 0.0636 of a share of Lumentum common stock for each share of Oclaro common stock that is exchanged, in accordance with the terms of the agreement. The two parties have determined that it is likely that the transaction will be fully taxable to Oclaro stockholders for U.S. federal income tax purposes, and therefore Lumentum will report the transaction as taxable.

"Completion of the transaction creates a powerful force in the optical industry and tremendous opportunity for employees, customers, and shareholders," said Greg Dougherty, Oclaro's CEO. "It was a great pleasure to lead the Oclaro team, and I wish the new combined Lumentum team future success."

Ian Small, a member of Oclaro's Board of Directors, has now joined the Lumentum Board of Directors, per the terms of the merger agreement. Small is the CEO of Evernote, a mobile and desktop personal productivity application company and was previously with Telefónica S.A., where he was the company's global Chief Data Officer.

Lumentum concluded its latest statement on the Oclaro completion by saying that it is not updating any previously provided guidance for fiscal Q2 2019 results to incorporate the impact of the Oclaro acquisition. During its fiscal Q2 2019 earnings conference call, Lumentum will provide an update on Oclaro's contribution to Lumentum's second fiscal quarter; details regarding the date and time of the call will be provided later.