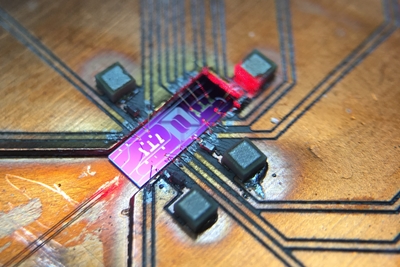 KETS Quantum Security, a spin-out from the UK’s University of Bristol, has closed a round of seed funding that will help it develop small-scale quantum key distribution (QKD) hardware based on integrated photonics.

The startup company, founded in 2016 following research at Bristol's Quantum Engineering Technology Laboratories, says it has raised £1 million from venture backers, and attracted a similar amount of funding via Innovate UK and the UK’s National Quantum Technologies Programme.

Investors in the seed round include specialist “deep physics” venture firm Quantonation, and the database technology company Kx - a subsidiary of the London-listed finance consultancy First Derivatives.

The company says it has developed some first-of-a-kind integrated, quantum-secured encryption technologies - including quantum random number generators (RNGs) and full QKD devices to protect against the threat posed by future quantum computers with unprecedented processing power.

KETS’ CEO and co-founder Chris Erven said in a company release: “Our aim is to become the digital security operating system [OS] of the future, protecting our digital information and critical infrastructure in the 21st century and beyond.”

So far, the company has registered interest from some major players in the defense and telecommunications sectors - project partners have included the likes of Airbus - and says that the new funding will enable further trials in aerospace applications and elsewhere.

The company is also one of the partners on the “AQuaSec” (Agile Quantum Safe Communication) project that recently received backing via the UK’s Industrial Strategy Challenge Fund and is aiming to deliver a miniature QKD prototype within two years. Led by Cambridge-based Toshiba Research Europe, the AQuaSec team will use photonic integrated circuits (PICs) to shrink both the size and cost of QKD systems dramatically.

Current rack-sized QKD equipment costs somewhere in the region of £100,000, but Andrew Shields from Toshiba Research Europe says that in large volumes the PIC approach would have the potential to cut that price by “orders of magnitude”.

“Both will initially be [in the form of] development kits to allow early adopters to trial and incorporate the technology,” Clark said. “This will then lead into deployment by our development partners in our Innovate UK and AQuaSec grants.” 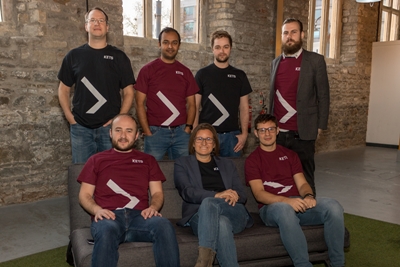 Thanks to the AQuaSec effort, whose partners also include the epiwafer foundry IQE, the UK National Physical Laboratory (NPL), and telecoms giant BT, KETS will be able to accelerate its work on development kits for both QNRG and QKD.

“But really the key of that grant is deployment with end-users that in the first instance will need a lot of customization and on-site testing and integration support,” Clark added. “[For us] the key deliverables are deployment and demonstration of KETS’ chip-based products in the field with a number of end-users, including drones, IOT [Internet of Things] systems, telecoms, and oil and gas.”

The company is also working with NPL on the evaluation and certification of QKD, which is seen as critical to the future widespread deployment of the technology.

Commenting on the seed funding, Paris-based Quantonation’s CEO Christophe Jurczak added: “After years of ground-breaking research, now is the time for the unique properties of quantum physics to be harnessed and exploited.

“Quantonation is delighted to be working with the KETS team and supporting them in bringing this technology to market and addressing some of the most challenging problems that will face us in the coming years.”