Silicon Valley firm says it will use the series B funding to support its global expansion. 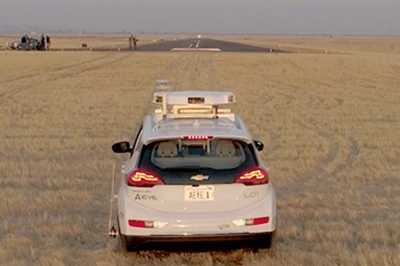 AEye, a Californian startup developing long-wavelength lidar technology for use in future autonomous vehicles, says it has raised $40 million in a series B round of venture funding.

Previously backed by the venture wings of Intel and Airbus, the Pleasanton-headquartered firm says it will use the new cash to support a global expansion. Leading the new investment was Taiwania Capital, based in Taipei City but also with a branch in Santa Clara.

While a US Securities & Exchange Commission (SEC) filing dated November 8 suggests that AEye had sold $32.4 million of a total $41.3 million offered, the company claims that the round was “significantly oversubscribed”, with multiple top-ranking automotive companies among the backers. Those auto firms are set to be revealed during the Consumer Electronics Show (CES) event that will take place early next year in Las Vegas.

Range record claimed
Aside from the venture round, the AEye team says that its “iDAR” system – based around a 1550 nm laser emitter – is now able to detect and track a truck at a distance of 1000 meters, well beyond the range of 200-300 meters thought necessary for commercial effectiveness.

“AEye’s test sets a new benchmark for solid-state lidar range, and comes one month after AEye announced a 100 Hz scan rate - setting a new speed record for the industry,” claims the firm.

Along with Volvo-backed Luminar Technologies, AEye is one of a handful of companies in the increasingly crowded auto lidar sector to base its technology around longer-wavelength emitters fabricated on indium phosphide (InP) semiconductor wafers.

Different regulations relating to eye safety allow much more powerful sources to be used at the 1550 nm wavelength than at 980 nm, meaning that there is a far greater “photon budget” available to scan a car’s environment.

In a statement from AEye, the startup’s “chief of staff” Blair LaCorte said: “After establishing a new standard for lidar scan speed, we set out to see just how far we could accurately search, acquire and track an object such as a truck.

“We detected the truck with plenty of signal to identify it as an object of interest, and then easily tracked it as it moved over 1000 meters away.”

LaCorte added that he thinks it will be possible to increase that range to as much as 10 kilometers, and perhaps even greater distances, suggesting potential applications in unmanned aerial vehicles (UAVs).

Going global
With total funding now at $61 million, AEye says it will scale its operations to meet demand, through partnerships with contract manufacturers and auto companies.

Founder and CEO Luis Dassan, a graduate of the University of Central Florida's College of Optics and Photonics (CREOL), said: “This funding marks an inflection point for AEye, as we scale our staff, partnerships and investments to align with our customers’ roadmap to commercialization.

“Our strategic relationship with Taiwania will serve as a gateway to Asia, with valuable manufacturing, logistics and technology resources that will accelerate our ability to address the needs of a global market.”

Plans for the near future include launching a “next generation” product at CES, with Dassan claiming it will offer a combination of market-leading performance and lowest cost.

AEye says that the range experiment, conducted at an airport in Byron, California, with a 20-foot truck on the 914 meter-long runway, was monitored by Minnesota-based VSI Labs, which specializes in testing active safety and autonomous technologies for cars.

In its statement, AEye quotes VSI’s senior engineer Sara Sergeant, saying: “We monitored the performance and the truck was clearly identifiable and visible at 1 kilometer.”

AEye added: “At the end of the runway, the iDAR system was fully able to continuously detect, and track the movements of the vehicle as well as detect runway signs and markers en route.”