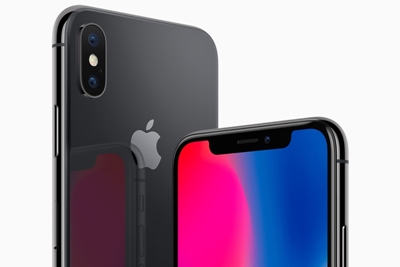 The stock price of Lumentum has plunged by 30 per cent on the Nasdaq exchange, after the maker of lasers and photonic components slashed its sales forecast for the current financial quarter.

Having told investors little more than a week ago that it would post revenues of between $405 million and $430 million for the three months ending December 30, the Milpitas, California, firm said the total would likely now be some $70 million lower.

Its CEO Alan Lowe said in a statement: “We recently received a request from one of our largest industrial and consumer [business unit] customers for laser diodes for 3D sensing to materially reduce shipments to them during our fiscal second quarter for previously placed orders that were originally scheduled for delivery during the quarter.”

Although Lumentum did not specify the customer, it is widely understood to be Apple, which uses vertical-cavity surface-emitting laser (VCSEL) arrays for the depth-profiling “Face ID” scanning security function in smart phones and tablet devices.

Apple crumble
According to Lumentum’s “10-K” annual filing with the US Securities & Exchange Commission (SEC) for the fiscal year ending June 2018, Apple was by far its largest customer, accounting for 30 per cent of annual revenues – equivalent to around $375 million.

Sales to the Cupertino technology giant tend to be what analysts and executives describe as “lumpy”, meaning that they peak and trough rapidly, in tandem with demand related to seasonal product launches.

However, the latest drop in demand appears unexpected. On November 1, Lowe described 3D sensing expansion across “multiple customers” as Lumentum’s sales jumped nearly 50 per cent year-on-year, to $354 million in the quarter ending September 30, adding that 3D sensing sales were expected to grow again in the current quarter.

Apple announced its new iPhone XR, XS, and XS Max models in September, and two new versions of the iPad Pro in October. Each of those new devices features Face ID, with all set for a production ramp in advance of the holiday period.

But amid rumors of weaker-than-expected demand for some of the new models, Reuters now reports analysts saying that the reduced Lumentum forecast equates to a cut in orders for as many as 20 million iPhones. Although the true number would depend on how much inventory Apple had already accumulated, Lowe told an investor conference call on November 1 that he did not think customers were holding onto large amounts.

The Lumentum profit warning appeared to prompt a wider sell-off on Wall Street, with Apple itself dropping by 5 per cent in early trading, its weight dragging down both the Nasdaq and the Dow Jones Industrial Average in turn.

Two of the other potential VCSEL suppliers to Apple, II-VI and Finisar, had coincidentally revealed plans to merge just one trading day before Lumentum’s bombshell. Having already dropped in value by nearly 20 per cent on news of the merger plan, II-VI subsequently shed another 15 per cent.

Android applications
Looking on the bright side, Lumentum’s CEO indicated that 3D sensing customers other than Apple were in the pipeline, stating in the company’s update: “With our proven ability to deliver high volumes, years of experience, hundreds of millions of devices in the field, and new product and customer funnel, we remain confident in our leadership position in the nascent market for laser diodes for 3D sensing.”

In the conference call with analysts to discuss the company’s most recent financial quarter, Lowe had said that he expected the dramatic ramp seen through September to continue, adding that Lumentum was “highly focused” on broadening its customer base for 3D sensing.

The CEO reported that revenues relating to applications in Android devices had doubled from the June quarter’s figure, with more customers set to announce products in the near future.

“We are working with a wide range of new and existing customers on new laser designs that enable 3D sensing in a broad range of device types and price points,” he added.