Stock leaps 20% as company reports negligible impact from China tariffs, broad-based demand for its photonic components and sub-systems, and an acquisition related to laser weapons development. 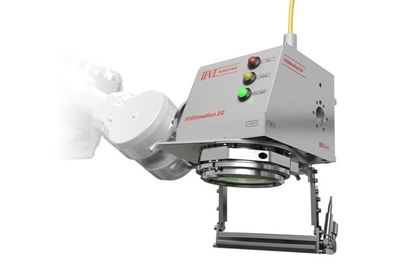 The stock-market valuation of photonics component and subsystem vendor II-VI has jumped by one-fifth after its executive team reported a solid quarter and a stronger-than-expected outlook.

Buoyed by fast-growing shipments of laser diodes, the production ramp of extreme ultraviolet (EUV) lithography equipment, and a rebounding optical communications sector, the Pittsburgh firm announced sales of $314 million for the quarter ending September 30 – slightly down from the June quarter but up 20 per cent year-on-year.

Speaking to an investor conference call from the Silicon Valley headquarters of recently acquired wavelength-selective switch (WSS) maker CoAdna, II-VI CEO Chuck Mattera said: “We had a really great quarter and we ended the quarter with a record backlog.”

Alongside the 20 per cent increase in backlog, the II-VI team predicted that sales in the current quarter would rise again, to between $330 million and $345 million.

And while II-VI is about to officially open its new Asia regional headquarters in Fuzhou, China, the company appears to be suffering no ill effects from tariffs associated with the US-China trade war. COO Gary Kapusta told investors: “In both communications and industrial, the effect of tariffs on our order book and our results were immaterial, and we expect they will continue to be immaterial under the existing tariff structure.”

Fiber lasers
That sounds like good news for II-VI’s 980 nm pump diode business, where shipments for industrial applications are said to have risen 30 per cent year-on-year. One of the key reasons for that is the recent proliferation of fiber laser companies in China – where II-VI is able to exploit the lack of a domestic source of pump diodes.

II-VI’s CTO Giovanni Barbarossa commented that the Chinese fiber laser market was “growing pretty nicely”, adding: “In China they don't have semiconductor laser pump technologies. So we are enjoying their growth by supplying them the laser diode engines, the laser diode pumps for their products.”

Mattera pointed out that as well as the diode pump element, II-VI was selling key components like optical isolators and acousto-optic modulators also needed in high-power fiber lasers. Fiber laser market leader IPG Photonics recently noted the impact of Chinese competition, although its combative CEO Valentin Gapontsev has also questioned the quality of the fiber laser systems, as well as the low prices they are being sold at.

On the EUV side, Kapusta said that II-VI had just signed a new deal that should see annual revenues from its key customer double to around $70 million within five years. The COO added that current capacity expansion activities would see increased production of 980 nm pump diodes and diamond optics used by the ultra-high-power laser systems that produce EUV-emitting plasmas inside ASML’s hugely complex lithography tools.

Barbarossa pointed out that with specific bottlenecks in the wider EUV supply chain now eliminated, II-VI had seen a positive change in the shipment forecast for its components in this area. 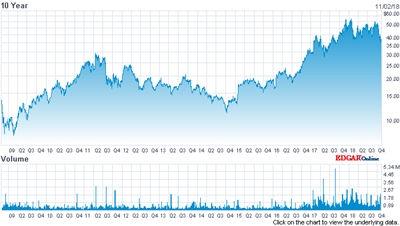 3D sensing
Another key growth market for the company is 3D sensing, buoyed by the proliferation of both Apple and Android smart phones and tablets now featuring the technology in facial recognition security, alongside emerging applications in the industrial and automotive sectors.

II-VI reported that sales of its 3D sensing components trebled year-on-year – albeit from a small base – as it continues to expand manufacturing capacity at its large fabrication facility in the UK, augmenting its existing facilities in the US.

The CTO expects some of those prospective customers to have moved into the production phase by the end of next year, and the capacity build and qualification efforts at the UK fab are intended to meet that demand. He also stressed the sheer diversity of 3D sensing applications under development, telling investors:

Laser weapons acquisition
Aside from riding the current waves in EUV, 3D sensing, and fiber lasers, II-VI is also benefiting from the impetus provided by the adoption of 5G wireless networking, and the knock-on effect that is having on optical communications equipment.

And on top of all that, it is now witnessing strong demand from the military sector, where it reported a 30 per cent jump in sales. Typically it has sold sapphire windows and electro-optic sub-assemblies used for surveillance and reconnaissance, but right now the company is also seeing traction in the area of laser weapons.

The Dayton, Ohio, company is developing beam-combining technology for directed energy applications, and previously built a 21-element optical phased array for the US Defense Advanced Research Projects Agency (DARPA) “Excalibur” project that corrected for the effects of atmospheric turbulence.

• Immediately following the quarterly results release, II-VI’s stock price soared in value on the Nasdaq exchange. Further buoyed by apparent hopes of a resolution in the US-China trade war, it ended the day up nearly 20 per cent at $44.56 – equivalent to a market capitalization of just under $3 billion.