Stemmer's record annual revenue up 14% to over €100 million; Cognex has second-best quarter but warns China market is cooling. 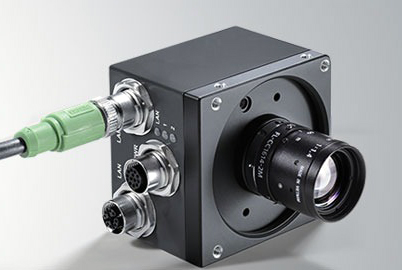 Stemmer’s report said that growth “on the whole was chiefly driven by persistently high demand for machine vision solutions and automation components”. The market’s development is reflected by the further rise in incoming orders, which increased by 15.6% to €106.93 m during 2017/2018 (€92.5 m in 2016-2017).

Stemmer’s own machine vision software called Common Vision Blox, has also seen rising demand. The company also grew by acquisition: Data Vision (machine vision), which was acquired in Q3, 2017/2018 and consolidated into Stemmer since February 2018, “is being integrated successfully”, the company added. “The Dutch company has already contributed around €1.7 million to revenue and €0.14 m to EBITDA.”

The annual report continued, “For Stemmer Imaging, the 2017/2018 financial year was primarily shaped by the successful IPO at the end of February 2018, from which the Group generated gross issue proceeds of €51.0 m.

“A portion of the funds raised has already been profitably invested beyond the reporting period. This includes the acquisition of the French distributor Elvitec in July 2018 and the investment in the software provider Perception Park in October 2018. Perception Park is a provider of hyperspectral imaging software. 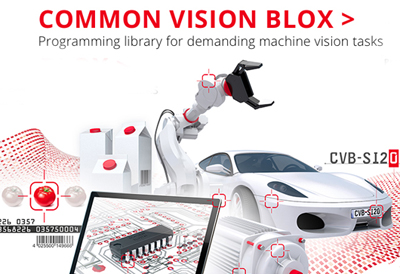 Stemmer also stated that it currently has cash and cash equivalents totaling €51.8 m: “The company is therefore able to act flexibly if opportunities arise with regard to potential acquisition targets.”

The cooperation agreed with the Chinese Nanjing Inovance Industrial Vision Technology in August 2018 is an important strategic success on the path to international expansion. By cooperating closely with this subsidiary of Shenzhen Inovance Technology, Stemmer is also expanding into the dynamically growing automation market in China.”

Lars Böhrnsen, CFO, commented, “The 2017/2018 financial year will go down forever in Stemmer’s history. Starting with our IPO and followed by international expansion, our performance to date has now resulted in a new record year and revenue in excess of €100 million.

“We are convinced that we will reach our targets with our innovative products and our more than 30 years’ experience in the machine vision market."

Looking ahead, the company’s Management Board commented that it expects increased revenue growth compared to the previous year, a slightly higher gross margin and a slight rise in the EBITDA margin.

Another vision systems giant albeit with a slightly different profile, Cognex, has also just announced generally positive financial results for trading in its third quarter of 2018.

Dr. Robert Shillman, Chairman of Cognex, commented, “Our results for Q3-18 were very good. We reported the second-best quarterly revenue, net income and earnings per share from continuing operations in our company’s 37-year history. These results were surpassed only by our spectacular performance in last year’s third quarter, which was driven by exceptional growth across our business, particularly in our largest end market—consumer electronics.”

Robert Willett, CEO, added, “We accomplished significant company objectives that are expected to set us up for long-term growth. These include successfully implementing our new Enterprise Resource Planning (ERP) system and passing a number of key product development milestones.”

However, looking ahead, Willett cautioned, “While we are pleased with our Q3-18 results, slower spending trends that we are experiencing in China have reduced our revenue outlook for Q4-18.”

In a separate statement, Cognex announced that its Board of Directors declared a quarterly cash dividend of $0.05 per share, payable on November 30, 2018 to all shareholders of record at the close of business on November 16, 2018.