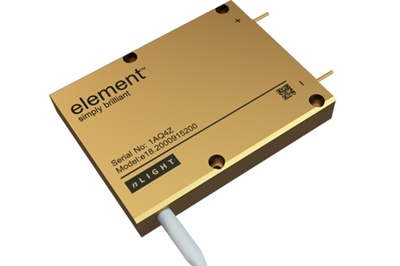 nLight, the Vancouver-based maker of high-power laser diodes and fiber lasers that floated on the Nasdaq exchange earlier this year, has reported sales of $51 million for the quarter ending September 30.

That represented a 40 per cent year-on-year increase, although with competition in China said to be growing, it was flat with the June quarter and nLight’s net income rose much more slowly, up 10 per cent on last year to $5.1 million.

China challenges
CEO Scott Keeney highlighted the challenges of the key Chinese market in a conference call with investors, saying: “In China, we experienced seasonal softness in the industrial market, which was compounded by the uncertainty related to tariffs. In addition, we are facing aggressive price pressure in the fiber laser market in China.”

Those comments echoed last week’s sentiments from IPG Photonics, although nLight is less exposed to China than its larger rival – around half of IPG’s sales are typically in China, compared with approximately a quarter of nLight’s. Both companies are being challenged by home-grown fiber laser providers in the country, who have found ways to sell low-cost products despite not having a domestic source of high-power laser diodes.

Having recently released a compact 10 kW fiber laser, nLight is also planning to move up the power scale with new product releases next year. That will bring even more competition with IPG, which dominates the fiber laser market in particular at the high-power end.

“Our 10 kW fiber laser is built on an entirely new platform, resulting in the most compact form factor with greater than 50 per cent reduction in size,” Keeney said. “These fiber lasers incorporate our latest high-power semiconductor lasers, reducing our cost profile by over 30 per cent compared with our previous generation platform.”

He added that the 10 kW product would serve as an “entry point” for the company in the ultra-high-power segment of the market. “As we move through 2019 we plan to introduce even higher power offerings,” he told investors.

Diode demand
The CEO also highlighted stronger demand for nLight’s laser diode components, particularly in the adoption of high-performance diode-pumped solid-state lasers, where ultraviolet and short-pulsed sources previously restricted to scientific applications were now crossing over to the industrial sector.

“We have got a very strong position in the leading semiconductor lasers that drive those lasers,” noted Keeney.

With the twin headwinds of tariff-related uncertainty and competition in China, the nLight executive team is expecting quarterly sales to fall on a sequential basis in the current quarter, to around $47 million.

However, the company’s manufacturing presence in both the US and China should help here. “We believe our manufacturing capabilities in Vancouver, Washington, and in China provides significant flexibility in mitigating potential financial impact of tariffs,” Keeney said.

In the meantime, nLight is showing off its various new products at this week’s Fabtech trade show in Atlanta, Georgia - including its programmable “Corona” fiber laser, which Keeney claims is unique in the sector.

“Corona is the only product that we know that is an all-fiber, truly programmable laser,” he told investors. “There are some other lasers that are out in the market that have some of the features, but not all the features that we have.”

• nLight's stock price rebounded slightly following the company's latest update and outlook. In early trading November 6, nLight shares were up 16 per cent on the previous day's close at around $22.40. That equates to a market capitalization of around $810 million, but is still down nearly 50 per cent on the high of nearly $41 hit in May, shortly after nLight completed its initial public offering.