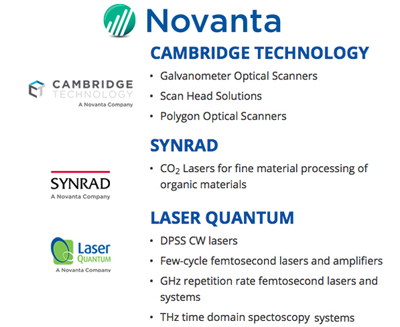 Novanta, a supplier of photonics, vision and other high-tech devices to medical and original equipment manufacturers (OEMs), has acquired the remaining 24 percent of the outstanding shares of Laser Quantum in a cash and restricted stock deal worth $45.7 million.

This transaction completes Novanta’s purchase of Laser Quantum, which was substantially expanded in January 2017, when Novanta, formerly known as GSI Group, increased its equity stake in UK-based Laser Quantum to 76 per cent – effectively making the latter a subsidiary of the diversified technology firm.

In its announcement this week, Novanta stated that this latest transaction is not expected to give rise to gain or loss in the consolidated statement of operations:

“Since the 2017 acquisition, Laser Quantum’s business has been consolidated in Novanta's consolidated financial statements. The acquisition of the remaining 24 percent minority interests will be accounted for as a transaction among shareholders.”

The total purchase price was financed with cash on hand and borrowings under Novanta's amended and restated credit facility, and the issuance of $15.0 million in restricted stock. 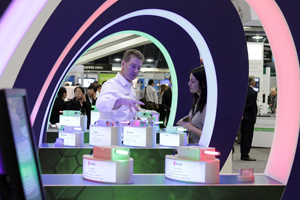 The restricted stock will become fully vested upon achievement of certain milestones included in the restricted stock agreement. The Novanta statement added, “the transaction is expected to be accretive to Novanta's non-GAAP earnings per share.”

Lawrie Gloster, Managing Director of Laser Quantum, commented, "Novanta and Laser Quantum share a common emphasis on providing mission critical technologies to OEMs with medical and life science applications. We are looking forward to continuing our work together.

“Joining Novanta in 2017 accelerated our business growth and expanded our ability to serve customers. The completion of this final step in the transaction deepens these collaborations and enables us to further strengthen our business."