Earnings on the rise at Lumibird 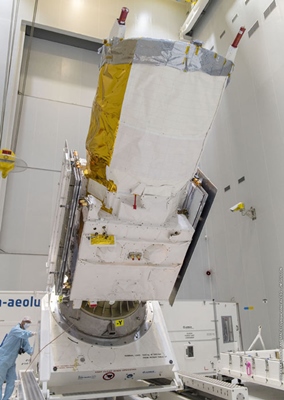 The Paris-listed laser company Lumibird has posted a near-40 per cent increase in net income for the first half of the year, compared with the same period in 2017.

Rebranded as Lumibird in April, the business formerly known as Keopsys-Quantel had reported in July that sales had bounced back in the second quarter after a weak start to the year.

Its latest announcement adds details on profitability, with pre-tax income of €3.3 million up from a pro forma total of €2.1 million a year ago.

The company adds that it has now resolved sourcing delays that impacted sales applicable to its industrial and scientific division, while a sharp increase in demand for lidar sensors has seen Lumibird add production capacity as needed.

“The management team has focused on maintaining effective control over fixed costs, in a year of continuous transformation marked in particular by a legal and organizational restructuring,” added the firm in its statement to the Paris Stock Exchange.

Point-of-care opportunity
In its accompanying investor presentation, Lumibird CEO Mark Le Flohic and his executive team highlighted that new production lines for lidar sensors were set up in March this year, a response to strong demand from the transportation sector – and qualification activities for major customers working on autonomous vehicle development. Demand for laser diodes is also said to be very strong at present.

And although sales growth for medical laser applications was limited in the first half of 2018, Lumibird sees strong prospects through the remainder of the year for its medical division, which has retained the Quantel brand identity.

The company’s efforts to grow business in this sector include targeting new diagnostic and therapeutic products, for example in emerging markets like the diagnosis of dry-eye syndrome and for point-of-care activity including telemedicine.

At the time, Le Flohic said that the deal highlighted Lumibird’s commitment to expanding its medical operations in areas other than ophthalmology. ECM should give the company exposure to new markets including emergency medicine and treatment of musculoskeletal disorders.

Restructure
Under its revamped structure, the group’s product-focused divisions sell laser and photonics equipment to Lumibird’s main business, which then re-sells to its various subsidiaries in Japan, China, US, and Germany for distribution. That change is said to be paying dividends already, as evidenced by the improved bottom-line performance so far this year.

Meanwhile, Le Flohic and colleagues are pursuing a two-pronged strategy to create what the company describes as a “European champion” for lasers. One element is to democratize laser technology for civil applications – including the key applications in autonomous vehicles and medicine – while the second aspect involves taking a key role in the establishment of a “defense optronics” industry in France.

In the near term, major targets include posting sales of €100 million this year – which the company is confident of achieving. That would represent a rise from around €85 million in 2017 for the previously separate Keopsys and Quantel elements.

So far, investors seem to have warmed to the plans: Lumibird’s stock price has doubled in value since the start of the year, and recently hit a decade-long high. Currently trading at around €13.30, it implies a market capitalization of just over €200 million.