Exoplanet hunter located more than 2600 distant worlds before finally running out of fuel. 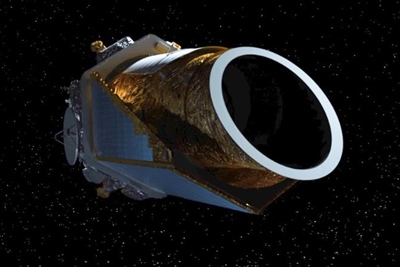 More than nine years after it was launched, NASA’s Kepler space telescope has been officially “retired” after running out of fuel needed to operate its hardware.

In that time the craft, which once boasted the largest digital camera ever built for outer space observations, has identified more than 2600 exoplanets, by monitoring dips in the brightness of host stars caused by its orbiting planets.

Regarded as NASA's first planet-hunting mission, Kepler’s exploits will be followed up by more advanced optical instruments on board the Transiting Exoplanet Survey Satellite (TESS) launched earlier this year, as well as the James Webb Space Telescope (JWST) once it is in orbit.

A series of huge new terrestrial telescopes currently under construction will also be able to analyze exoplanet atmospheres spectroscopically, and look for signs of life such as the presence of oxygen gas and water vapor.

95MP camera
Thomas Zurbuchen from NASA's Science Mission Directorate said in an administration release that Kepler had “wildly exceeded” expectations, and paved the way for the future search for extra-terrestrial life.

He remarked: “Not only did it show us how many planets could be out there, it sparked an entirely new and robust field of research that has taken the science community by storm. Its discoveries have shed a new light on our place in the universe, and illuminated the tantalizing mysteries and possibilities among the stars.”

Before Kepler, only a handful of exoplanets had been detected directly, mostly giant gas planets – and none in an orbit thought able to sustain extra-terrestrial life. Thanks in part to its groundbreaking camera, Kepler was able to broaden that search and locate smaller, rockier planets much more similar to Earth.

According to NASA, the most recent analysis of Kepler’s discoveries has concluded that 20-50 per cent of the stars visible in the night sky are likely to host smaller planets located within the so-called “habitable zone” where liquid water could exist.

The probe's 95-megapixel camera was based around no fewer than 42 CCD sensors fabricated by UK-based e2v Technologies, now part of the giant Teledyne corporation. At the time of launch, that made it the largest array of CCDs ever built for space applications.

Paul Jorden from e2v told optics.org back in 2009 that a key feature of the sensor chips was their high dynamic range and linearity. “Repeatable performance is critical, as Kepler will have to make measurements of a star's brightness and then return to it perhaps a year later to take another brightness measurement,” he explained.

Packaging was also a crucial consideration. “The individual detectors had to be packed together as closely as possible to make the instrument efficient,” Jorden said. “A high degree of mechanical stability and precision was essential, since they directly affect the photometric precision that the device is capable of.”

Another key commercial partner on the optics and photonics front was Corning, which produced Kepler’s 1.4 m diameter primary mirror. 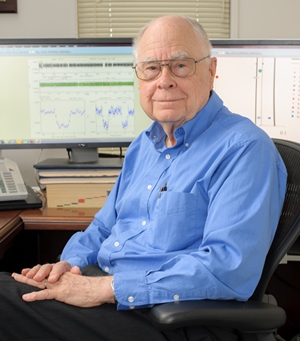 Technical issues for an 'exquisite' instrument
As it turned out, the first five exoplanets discovered using Kepler were all “hot Jupiter” gas giants, found in early 2010 to be orbiting their stars in a matter of days. The first detection of a rocky exoplanet came a year later, and in December 2011 Kepler-22b was identified as the first such planet found orbiting within the habitable zone. Several similar discoveries followed.

Unfortunately the last five years of Kepler’s exploits were hindered by malfunctioning reaction wheels, limiting the number of target stars that the space telescope could be directed towards. At the SPIE Optics +Photonics conference in August 2013, SETI’s Jon Jenkins said that despite the faulty mechanism Kepler remained “a perfectly good telescope”.

Soliciting ideas for how the mission might continue, he likened the spacecraft to a Mercedes Benz with a blown-out tire whose spare had already been used. “There’s nothing wrong with it,” he told attendees. “We just can’t drive it. We can’t point it as it must be pointed.”

However, a solution was found and in 2014 the “K2” element of the mission began, using solar pressure to help stabilize the pointing direction and observe new patches of the night sky. As well as continuing to look for exoplanets, Kepler spent several months observing supernovae, capturing the early stages of some giant stellar explosions in unprecedented detail.

Data pile
After observing more than half a million stars over the course of the mission, Kepler's data has revealed that the most common exoplanet lies somewhere between the scale of Earth and Neptune. “Kepler also found nature often produces jam-packed planetary systems, in some cases with so many planets orbiting close to their parent stars that our own inner solar system looks sparse by comparison,” stated NASA.

William Borucki, who like Kepler is now retired but was the mission's founding principal investigator, added: “When we started conceiving this mission 35 years ago we didn't know of a single planet outside our solar system. Now that we know planets are everywhere, Kepler has set us on a new course that's full of promise for future generations to explore our galaxy.”

Scientists are expected to spend at least another decade searching for more discoveries buried in the pile of photometric data that Kepler has captured. Some of its latest activity will also aid the TESS mission, whose exoplanet search is focused on 200,000 of the brightest and closest stars to Earth.

TESS will short-list the distant worlds through most likely to be harbor life – with subsequent follow-up using JWST instrumentation and the coming generation of 30 m-class ground telescopes to look for signs of life.