Distributed acoustic sensor installed on overhead power line in the Dominican Republic identifies when and where tampering takes place. 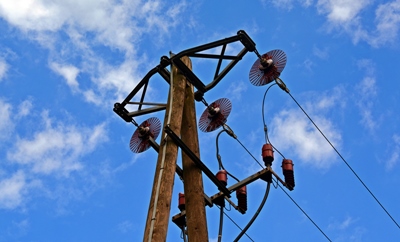 The company’s distributed acoustic sensing (DAS) system, which exploits back-scattering effects to detect disturbances along an optical fiber, showed it could detect any intrusion and disruption of the line.

Following the proof-of-principle tests at an electrical sub-station in the Dominican Republic, a large-scale deployment looks likely next year, with other potential customers interested and tenders being drawn up in India and Thailand.

Tampering costs
Bandweaver says that power line tampering is a major problem worldwide, and costs the industry billions of dollars every year in electricity theft alone. The risk to the industry was debated earlier this year at an event in Singapore, which focused on strategies to reduce the losses.

As well as the theft costs, tampering can create power supply disruption and operational losses for supply companies and national grids. Current methods for tackling the problem are said to be time-consuming, inefficient and expensive. “In the majority of cases, detecting and identifying the occurrence of theft events is the main obstacle,” says Bandweaver.

Working in conjunction with local power company Edesur and infrastructure firm SSS Group, Bandweaver deployed its “Horizon DAS” system at a sub-station in Santo Domingo, aiming to show how the photonics technology could identify tampering with overhead lighting and distribution poles that are connected via a fiber-optic cable.

“The premise was that this would allow for real-time identification of threats and tampering to Edesur assets, utilizing the existing fiber-optic cables and resulting in substantial cost savings to Edesur,” it explained.

According to Bandweaver’s managing director Richard Kluth, the sensor system uses a standard fiber-optic cable connected to the poles being monitored. “By constantly analyzing just one fiber in the cable, the entire route can be monitored for threats 24/7,” he said.

Jesús Muñoz from SSS Group added: “We installed the system and filtered out surrounding environmental noises such that any underlying disturbances could be detected. Edesur employees initiated various disturbances at random locations – each were seen and located by the Horizon DAS system.”

Return on investment
Bandweaver believes that the demonstration proved the ability of Horizon DAS to identify the precise location of the disturbance, before passing the tampering information to security systems and sending alerts to company personnel.

The hardware, based around a 1.55 µm source and a singlemode fiber, offers a range of up to 100 km per unit, delivering positional accuracy to 5 meters and a response time of 2-10 seconds.

“This project emphasizes the value that the DAS technology can offer utilities to cut costs and increase system availability by alerting users at the commencement of potential threats, enabling action to be taken before significant damage is done,” Bandweaver stated.

Kluth told optics.org that with the technology approved by the customer, a full commercial tender is now being prepared. “For this company the budgeting process means this will likely happen next year,” he said.

The approach also looks likely to pay for itself within a short space of time. With the optical fiber typically already installed on a power line, the only additional cost for the energy firm is the DAS interrogator unit and associated accessories and software.

“Typically the installation cost will be in the region of $100,000 to $500,000,” said Kluth. “In the event of a failure or downtime due to theft from transmission or distribution network the payback can happen over a period of 1-3 days and so it depends on the probability of failure.

“We spoke with one Asian operator where cable faults in one local network was costing them $1.2 million per year. DAS could potentially address 50 per cent of these issues, and so the return on investment would be in the region of 83-600 per cent for the initial year.”