Outdated terminology, figures of merit and more to be updated in multi-year process; closing date for proposals is October 31. 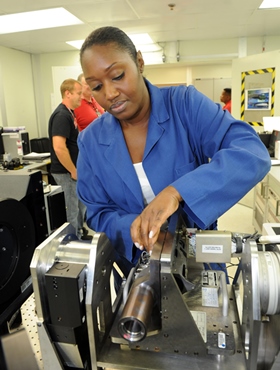 Time is running out for stakeholders within the photonics sector to propose updates to the US Commerce Control List (CCL), with optics.org publisher SPIE encouraging interested parties to get involved before the October 31 deadline.

Compiled under the jurisdiction of the US Department of Commerce (DoC), the CCL is an exhaustive list that indicates whether or not products require an export license to sell outside the US, because of security concerns over so-called “dual-use” technology – i.e. those applicable to both military and civilian deployment.

Category 6 of the CCL, under the heading “sensors and lasers”, comprises a wealth of controlled photonics-related technologies, from deformable mirrors and microbolometers to laser crystals and lidar systems for meteorology.

Modernization and clarity
Since the start of August, the Technical Advisory Committees of the DoC have been accepting proposals from stakeholders, in an effort intended to update any outdated terminology, figures of merit, metrics, and/or references to outdated technologies.

According to SPIE’s representatives involved in the work, the purpose behind the current request for proposals is to help modernize the CCL and provide greater clarity about the rules regarding specific technologies. A wholesale review of the export control system, called the Export Control Reform (ECR) Initiative, began in 2009 and was completed in 2016.

While it’s believed that a great deal of progress was made during the ECR review in terms of modernization and clarity of regulatory language, its main mission was to refocus the US control system on the highest-priority technologies, partly by moving less militarily significant items to the CCL.

That has helped to ensure that the most militarily significant items on the separate US Munitions List (USML) can be controlled more effectively, but on the other hand it appears that lower-priority changes may have been left behind as bigger jurisdictional decisions were made. “This effort seeks to clean up remaining outdated language in the dual-use technology regulations,” explains SPIE.

Wassenaar
The CCL and export regulations concerning dual-use technologies like optics and photonics revolve around the so-called Wassenaar Arrangement (WA). The international body was established in 1996 in order to contribute to regional and international security and stability, and has established a list of more than 1000 dual-use items across nine categories.

Its participating states include the Russian Federation alongside the US, Japan, UK, Germany, France, and, since last year, India. However, China and Israel remain outside the forum. WA representatives meet regularly to decide on the specific conventional arms and dual-use goods and technologies that should be controlled, and how. Each country then disseminates its own regulations based on the wider agreed controls.

The most recent update from WA’s Head of Secretariat Philip Griffiths, issued in September, highlighted new controls for dynamic wavefront sensors used in high-resolution observation satellites, while those on civil-use riflescopes and analog high-speed cameras were among those relaxed.

The international forum could become more influential in the future, with Griffiths suggesting that it would provide an appropriate way to address trade and security issues relating to emerging technologies including 3D printing and advanced sensors.

How to submit a suggestion
For anybody wanting to submit a suggestion for cleaning up some outdated terminology, all proposals should clearly identify the specific Export Control Classification Number (ECCN) referenced for modernization within the CCL, alongside their justification for the update, including examples where possible. Submissions should also include an appropriate point of contact for each proposal.

All submissions should be emailed to OutdatedCCL@spie.org. Proposals will then be assigned to the appropriate Technical Advisory Committee for review and disposition, with technologies that cut across multiple committee boundaries worked on jointly.

SPIE’s Government Affairs Director Jennifer Douris O’Bryan – also Vice Chair of the Sensor and Instrumentation Technical Advisory Committee (SITAC) at the DoC - has taken a lead in organizing this effort.

For further information on SPIE’s export control activities and how to get more closely involved, visit www.spie.org/export.

“As is common with any change to the export control system, it is expected that this will be a multi-year process to achieve the necessary updates,” notes the member society.