Such business is "not accretive", around 100 staff to be cut; but impact will be minimal on transceivers, VOAs, and LinkX cable business. 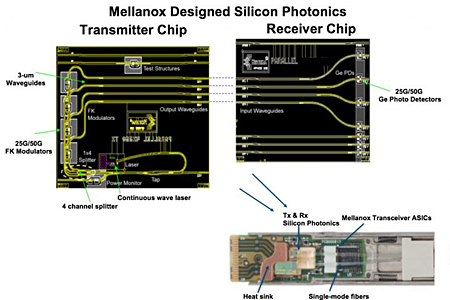 Mellanox Technologies, a developer of smart interconnect solutions for data center servers and storage systems, has announced that it will discontinue its 1550nm silicon photonics development activities, effective immediately.

Eyal Waldman, president and CEO of Mellanox Technologies, commented, “The Mellanox Board of Directors and management team continually review our strategic priorities and investments to ensure they meet our future goals.

"We began our review of the silicon photonics business in May of 2017, but as the business did not become accretive as we had hoped, we decided to discontinue our 1550nm Silicon Photonics development activities.”

As a consequence, staffing is expected to be cut by about 100 people with various associated costs. Waldman added, “We appreciate all of the efforts of the silicon photonics team over the years and wish them success in their future endeavors.”

The company also commented that discontinuation of Mellanox’s 1550nm silicon photonics development activities is not expected to have an impact on fiscal 2018 revenues and is projected to result in expected fiscal 2018 non-GAAP operating expense savings of $26 million to $28 million.

The statement continued, “This action will result in an estimated aggregate charge of $21 million to $24 million, including approximately $4 million to $5 million of cash expenditures – mostly related to the severance costs of a reduction in force of about 100 people – as well as approximately $17 million to $19 million of other charges, consisting primarily of non-cash items.” 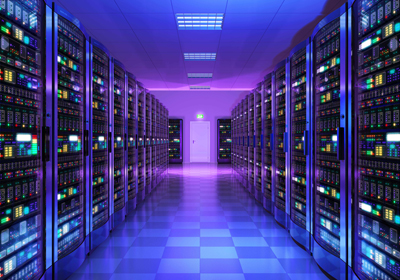 Mellanox expects that there will be no impact on its Variable Optical Attenuators (VOA) product and it will continue to sell to and support its VOA customers. This action is expected to have only a minor impact on the LinkX cables and transceivers product line.

Optical attenuators are typically used in optical communications, either to test power level margins or to match transmitter and receiver levels. Variable optical attenuators often use a variable neutral density filter. Despite relatively high cost, this arrangement has the advantages of being stable, wavelength insensitive, mode insensitive, and offering a large dynamic range.

The company added that it plans to fulfil its published roadmap to deliver 200 gigabit, 400 gigabit and above cables and transceivers solutions on schedule, utilizing other technologies including Mellanox’s own IC designs. The company also intends to retain the silicon photonics intellectual property.

Mellanox expects to recognize most of the restructuring charges in the first quarter of 2018. The company said it will provide more detail on its 2017 results and 2018 outlook in its fourth quarter earnings report which will take place on January 18, 2018.