Venture round backs Pyreos with £1.7M 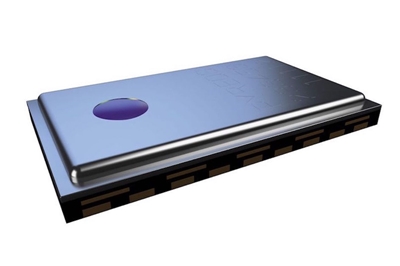 Pyreos, the Edinburgh-based company that specializes in passive infrared pyroelectric sensors, says it has raised another £1.7 million in venture capital finance.

The latest funding, from a syndicate of new investors led by Perscitus – a private investment house set up by the well-known UK venture capitalist Jon Moulton – is expected to support commercial expansion and the start of field trials and mass production by several customers.

Ambitious developments
The sensors are primarily used for gas and flame sensing, food safety, and for monitoring oil and fuel in engines - markets that Pyreos reckons to have a combined accessible value of around $1.2 billion a year.

Products launched in the past year that incorporate Pyreos’ sensor chips have included an oil analyzer developed by UK-based Parker Kittiwake. It is now on sale to shipping operators and navies worldwide.

Welcoming the new injection of cash, Pyreos’ CFO Andy Laing said that it would set the firm up for more ambitious product development in the future.

The latest investment comes after a year in which Pyreos says its revenues jumped by 50 per cent. Exports accounted for 81 per cent of those sales, thanks to strong demand from customers in China, Korea, the US and India.

“Field trials have started for several other applications and several customer product developments are also in the pipeline,” reports the firm.

Pyreos is also involved in development work on new pyroelectric oxide materials with scientists at Imperial College, London, and raised £1.8 million from a venture consortium in September 2016.

• Pyreos is not the only UK photonics company to have received backing from Moulton via Perscitus. Among its other portfolio companies is Rockley Photonics, the developer of silicon photonics technology set up by Andrew Rickman, the founder of Bookham Technology.

Rockley has just signed a $42 million joint-venture deal with Chinese partner Hengtong aimed at production of high-performance transceiver modules for optical networks, and Rickman is scheduled to give a plenary talk entitled “Silicon photonics: bigger is better” at SPIE’s Photonics West event later this month.