Volvo and NTU to trial autonomous electric buses in Singapore...

...and Osram demonstrates how infrared pulsed lasers are promoting adoption of autonomous vehicles and ADAS. 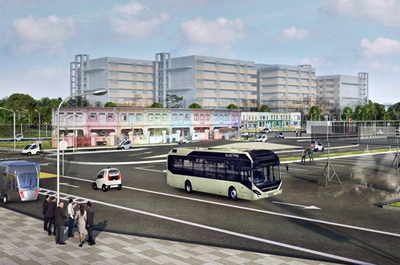 Volvo Buses and Nanyang Technological University (NTU) in Singapore have signed a cooperation agreement on a research and development program for autonomous electric buses. The program is part of the Land Transport Authority of Singapore's drive to "create new solutions for tomorrow's sustainable public transport".

The partners plan to test autonomous, electric buses at the advanced test circuit "CETRAN" in Singapore. For Volvo, this will be its first autonomous application in public transportation and it has chosen NTU as its partner. Volvo has already demonstrated the autonomous technology in mining, quarry and refuse collection operations.

The 12m-long Volvo 7900 electric bus is already operating around the world, but the buses to be deployed in Singapore will be equipped with autonomous driving technologies. This includes GPS and LIDAR laser technology systems for charting, positioning and detecting obstacles.

Håkan Agnevall, President Volvo Buses, commented, "We are seeing fast-growing interest in both autonomous and electric vehicles in cities all over the world. Together with NTU, one of the world's leading universities of technology, we have the possibility of testing various solutions under realistic conditions in a major city that has big plans for its public transport."

At the CETRAN test facility, NTU's researchers will in a secure, fenced-off area be able to test new functionality and study how the bus interacts with other road-users under various conditions. The second bus will be used for tests in the bus depot in partnership with the local transport operator SMRT. The aim is that tomorrow's autonomous buses should be able to charge their batteries, drive through the depots to the vehicle wash and park - entirely autonomously.

The cooperative program between Volvo Buses and NTU is now underway and will initially last for two years. The jointly-developed autonomous electric buses are scheduled to be deployed in Singapore at the beginning of 2019. Fast-charging stations based on the common "OppCharge" interface will be supplied by ABB. 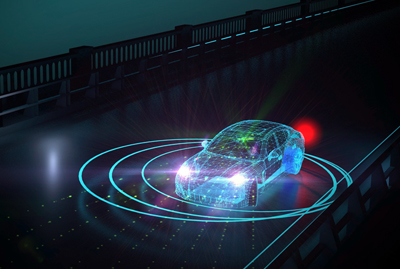 AutoMobili-D is a dedicated expo focused on the rapidly evolving global automotive and mobility landscapes. Attendees can experience Osram’s highly efficient 905 nm lasers in action from January 14 through January 21.

Pulsed laser diodes from Osram OS have been featured in cars for more than 10 years for time-of-flight measurements in adaptive cruise control systems and automatic braking systems. At AutoMobili-D, Osram will showcase its laser and LEDs in a number of innovative applications for autonomous vehicles and ADAS, including the following: