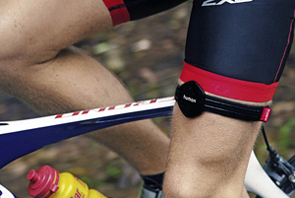 At this week’s CES show, MIT Sloan spin-out and body data management systems developer Humon has unveiled its Humon Hex, a wearable that helps athletes understand the limits of their body and prescribes the ideal pace and workout intensities in real-time by measuring how muscles use oxygen. The Humon Hex, which has been named a CES 2018 Innovation Awards Honoree, is now available to order.

Hex is the first clinically-validated wearable to use optical sensors to noninvasively monitor oxygen levels in the muscle. Unlike the common wrist-worn wearables, Humon Hex is designed to be worn on the thigh to measure oxygen saturation in the quadriceps — the most exerted muscle for most endurance athletes.These data and insights are provided on a phone, watch, or bike computer in real time.

Alessandro Babini, CEO and co-founder of Humon, commented, “Our tests showed that this level of insight into the body allowed athletes to improve significantly faster than with heart-rate based devices. Some users already report shaving up to 20% off their target time.”

DigiLens has launched its Consumer AR Waveguide Display in partnership with optical manufacturer Young Optics of Taiwan. The MonoHUD color waveguide display for smart helmet applications is described by the partners as “a breakthrough in AR display efficiency and cost”. 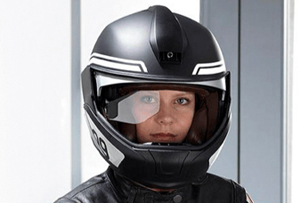 CES attendees could experience the AR display in a BMW motorcycle helmet at the Texas Instruments Village. This hands-free, communications and control application for two-wheelers is dubbed MotoHUD, where the voice-activated app allows the rider to pull-up GPS, bike status, and answer phone calls and text messages, all while keeping their eyes focused where it’s needed most — the road.

“Our DigiLens waveguide MonoHUD is the key to delivering a breakthrough hands free consumer communication experience,” said DigiLens CEO Chris Pickett. “Young Optics is a world class manufacturer and will likely be the first to supply a high volume consumer AR display. We are currently working with customers in consumer, enterprise, automotive, avionics and military market sectors. The combination of smartphones and wireless AR displays is spawning an AR foundation to support rapid growth.”

The MonoHUD AR display is full color, nHD image resolution and gives an unobscured user field-of-view of 105°, and AR display field-of-view of 25° diagonal. The DigiLens MonoHUD is expected to be available for purchase later in 2018, for a price under $399 in volume.

Optics giant Zeiss has launched its latest VR system VR ONE Connect. The system is said to bridge the gap between PC-connected VR gaming and mobile VR by connecting the smart phone in the mobile VR headset to a gaming PC. 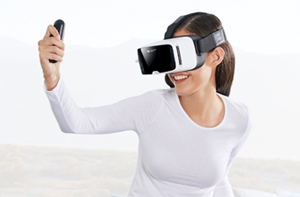 It is claimed to give mobile VR users “more interactive gaming possibilities than ever before” by allowing them to play games through SteamVR, which currently has roughly 300,000 users, says Zeiss. It boasts a high-quality VR experience with a comparatively low investment. The product may be used with iOS and Android smartphones.

"This solution is a first of its kind in the VR space,” said Franz Troppenhagen, senior product manager at Zeiss. "Besides accessing games on SteamVR, users will also have access to traditional VR apps and 360 video content.”

The award-winning team of developers behind the Smart Glove – Haptic Human Computer Interface System for VR, AR and robotics have showcased their technology at CES.

The smart glove was developed as part of an innovative project between the Wireless Sensor Networks group at Tyndall National Institute, Ireland, project leads Telecommunications Software & Systems Group (TSSG) in Waterford Institute of Technology, and with Bray based, Product and Interaction Design Consultancy, Design Partners. 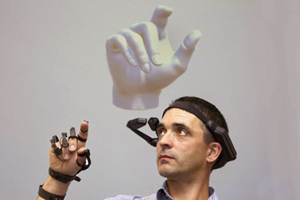 The glove was developed with global manufacturers of wearable technology to create a device that transports people’s hands into the virtual world providing them with a fully immersive, touch-sensitive experience. The smart glove integrates all the required sensors, actuators and associated software data fusion algorithms to allow users to seamlessly interface with, and engage in VR/AR applications for the first time.

Precise, auto-calibrated position, movement and hand biomechanical data is provided in real time with state-of-the-art latency performance. Head of Tyndall’s Wireless Sensor Networks group, Dr Brendan O'Flynn, commented: “Thanks to the collaboration with Design Partners at CES, we are demonstrating globally-leading Irish technology and research. CES attracts over 170,000 attendees over three days and provides an ideal opportunity to showcase the world-class research being carried out in Ireland.”