Launch date for what will become the most powerful telescope in space moved from October 2018 to mid-2019. 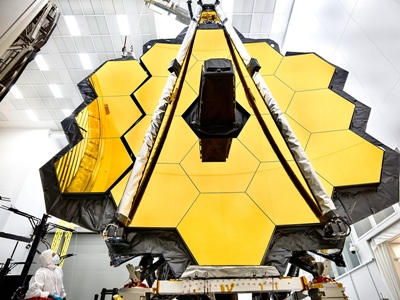 The October 2018 launch date for the James Webb Space Telescope (JWST) has been moved back to between March and June 2019, the space agency has announced.

Describing the change in plan as the result of a “schedule assessment of the remaining integration and test activities”, NASA indicated that the push-back was due to logistical rather than technical issues.

Thomas Zurbuchen, associate administrator at NASA’s Science Mission Directorate, said in a statement: “The change in launch timing is not indicative of hardware or technical performance concerns. Rather, the integration of the various spacecraft elements is taking longer than expected.”

The statement continued: “As part of an international agreement with the European Space Agency (ESA) to provide a desired launch window one year prior to launch, NASA recently performed a routine schedule assessment to ensure launch preparedness and determined a launch schedule change was necessary.

“The careful analysis took into account the remaining tasks that needed to be completed, the lessons learned from unique environmental testing of the telescope and science instruments at NASA’s Goddard Space Flight Center in Greenbelt, Maryland, and the current performance rates of integrating the spacecraft element.”

Integration ‘taking longer than planned’
While tests of the telescope and its scientific instruments continue to “go well” and are said to be on schedule at NASA’s Johnson Space Center in Houston, Texas, it is the spacecraft itself that is said to be responsible for the hold-up.

Comprised of the spacecraft bus and sunshield, it has experienced delays during integration and testing efforts at Northrop Grumman’s Redondo Beach facility California.

“All the rigorous tests of the telescope and the spacecraft to date show the mission is meeting its required performance levels,” stressed NASA, adding that the existing program budget would accommodate the delayed launch date, with no impact on any planned science observations.

Eric Smith, program director for JWST at NASA headquarters, said: “The combination of some integration activities [is] taking longer than initially planned, such as the installation of more than 100 sunshield membrane release devices.

“Considering the investment NASA has made, and the good performance to date, we want to proceed very systematically through these tests to be ready for a spring 2019 launch.”

The close co-ordination with ESA is required because the European agency is providing the Ariane 5 rocket to launch JWST, as part of its scientific collaboration with NASA.

Intended as the natural successor to the Hubble Space Telescope, and with a 6.5 meter-diameter made from 18 individual gold-coated segments, JWST will be the most powerful space telescope ever constructed.

Optimized for infrared light collection, it is designed to study a wide range of astrophysical phenomena including the very first stars and galaxies, the atmospheres of relatively nearby exoplanets outside our own solar system, as well as more local cosmic phenomena.

Originally due to launch in 2011, and at one time in jeopardy because of major budgetary issues, the JWST launch has been fixed at October 2018 for the past several years.