Cambridge-led team finds that earlier temporary treatment of next-gem cells can be made permanent under condition of ideal humidity. 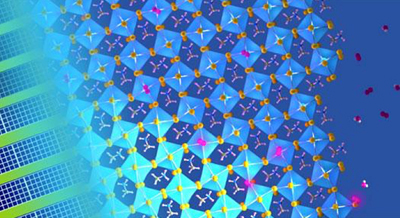 Defects in next-generation solar cells can be healed with light.

Defects in the molecular structure of perovskites – a material of great interest to the solar cell industry – can be “healed” by exposing it to light and optimal humidity, according to an international team of researchers. Removing such defects improves the photonic conversion efficiency.

The researchers demonstrated in 2016 that defects in the crystalline structure of perovskites could be corrected by exposing them to light, but at that stage the improvements were only temporary.

Now, an expanded team, from Cambridge, MIT, Oxford, Bath and Delft universities, have shown that these defects can be permanently healed.

They comment that this development “could further accelerate the development of cheap, high-performance perovskite-based solar cells that rival the efficiency of silicon”. Their results are reported in the inaugural edition of the journal Joule, published by Cell Press.

Most solar cells on the market today are silicon-based, but since they are expensive and energy-intensive to produce, researchers have been searching for alternative materials for solar cells and other photovoltaics. However, despite the potential of perovskites, some limitations have hampered their efficiency and consistency.

Tiny defects in the crystalline structure of perovskites – “traps” – can cause electrons to stick before their energy can be harnessed. The easier that electrons can move around in a solar cell material, the more efficient that material is at converting photons into electricity.

“In perovskite solar cells and LEDs, you tend to lose a lot of efficiency through defects,” said Dr Sam Stranks, who led the research while he was a Marie Curie Fellow jointly at MIT and Cambridge. “We want to know the origins of the defects so that we can eliminate them and make perovskites more efficient.” 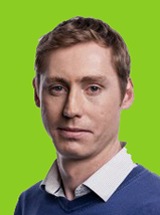 In the new study, the team made a perovskite-based device, printed using techniques compatible with scalable roll-to-roll processes, but before the device was completed, they exposed it to light, oxygen and a certain level of humidity. Perovskites often start to degrade when exposed to humidity, but the team found that when humidity levels were between 40 and 50 percent, and the exposure was limited to 30 minutes, degradation did not occur. Once the exposure was complete, the remaining layers were deposited to finish the device.

When the light was applied, electrons bound with oxygen, forming a superoxide that could very effectively bind to electron traps and prevent these traps from hindering electrons. In the accompanying presence of water, the perovskite surface also gets converted to a protective shell. The shell coating removes traps from the surfaces but also locks in the superoxide, meaning that the performance improvements in the perovskites are now long-lived.

“It’s counter-intuitive, but applying humidity and light makes the perovskite solar cells more luminescent, a property which is extremely important if you want efficient solar cells,” said Stranks, who is now based at Cambridge’s Cavendish Laboratory. “We’ve seen an increase in luminescence efficiency from one percent to 89 percent, and we think we could get it all the way to 100 percent, which means we could have no voltage loss – but there’s still a lot of work to be done.”

The research was funded by the European Union, the National Science Foundation, and the UK’s Engineering and Physical Sciences Research Council.