Tracing light inside an LED leads to higher efficiency 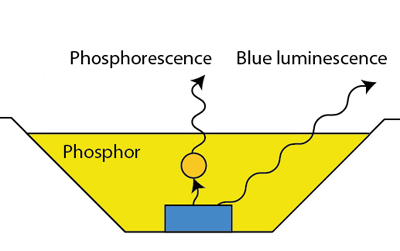 Cross section of a white LED.

The performance of white LEDs can be improved, based on better knowledge of the absorption and scattering of light inside the LED. A new method, developed by the University of Twente and Philips Lighting , can lead to efficiency improvement and powerful design tools.

The researchers say they have found a detailed way to describe the light that stays inside the LED by absorption and scattering techniques. “This is very valuable information for the design process” stated a University report, earlier this week. The work has just been published in Optics Express.

Twente scientist Maryna Meretska commented, “From relatively weak light sources to strong lights at home and in cars, for example, since the blue and white LEDs were invented, we have observed a rapid development in possible applications.

"Low energy consumption and long lifetime are major advantages over existing lighting solutions. White LEDs consist of a semiconductor emitting blue light, with on top of that phosphor plates that turn the blue light into yellow.

She added, “What we see then, is white light. The light will be scattered by the phosphor particles, but it is absorbed as well. What part of the light will exit the LED, is not easy to predict. Unless you look at absorption and scattering in another way. Theory from astronomy also helps here”.

What makes good prediction of the behavior of internal light inside an LED particularly difficult is that some light is absorbed, but then re-emitted at another wavelength. One way of understanding this problem is trying to define all possible light rays, but that uses a lot of computing time to achieve a result. 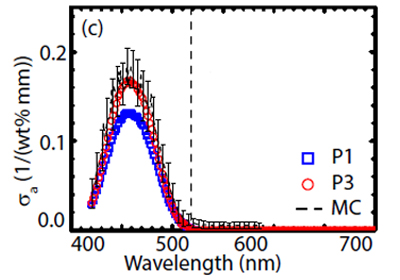 Meretska commented, “This does not give much insight in what is actually happening. A theory that is often used for light propagation in a LED, is diffusion theory. In strongly absorbing media, however, this approach isn’t valid anymore.

Meretska’s team has therefore has built a setup to collect all the light around the phosphor plates, in the whole visual spectrum. Based on this, absorption and scattering can be deduced using the radiative transfer equation, well known in astronomy.

This approach has resulted in a full description of light propagation inside and outside the phosphor plates. Compared to a description using diffusion theory, the absorption level is up to 30 percent higher. At the same time, the method is about 17 times faster than the numerical approach, says the team.

“These new insights can lead to powerful and predictive tools for LED designers. They help in further improving the efficiency and overall performance,” she said.

The research was performed in the Complex Photonic Systems group of UT’s MESA+ Institute for Nanotechnology, together with Philips Lighting in Eindhoven. The University of Twente has a strong concentration of research groups and facilities within the rapidly growing field of photonics.