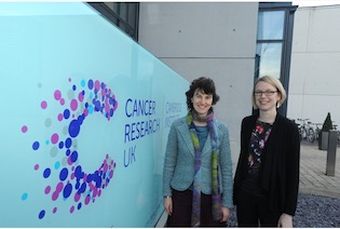 Optoacoustic tomography (OT) is emerging as a valuable technique in several bioimaging scenarios, not least in the study of cancerous tumors and their development.

OT's ability to visualize blood vessels and microvessels, thanks to its interaction with oxy- and deoxyhemoglobin molecules in the blood supply, should allow clinicians to study the crucial supply of blood and nutrients to growing malignancies, and investigate ways to deter their growth.

A group at the University of Cambridge under researcher Sarah Bohndiek has now demonstrated a version of OT that could be particularly effective at revealing vascular dynamics in prostate cancer, and demonstrated its effectiveness in mice. The work was published in Theranostics.

"Our new imaging technique gives us a clearer picture of the heart of prostate cancer than we have ever had before," commented Bohndiek, of the Cancer Research UK Cambridge Institute.

The project's motivation stemmed from the fact that existing studies of OT, while highly promising, lack quantitative insight into vascular dynamics or the spatial distribution of the vascular function within tumors.

The answer may lie in oxygen enhanced optoacoustic tomography (OE-OT), a method developed by the Cambridge team in which the mice under examination were given a short burst of pure oxygen to breathe. Taking a cue from parallel methods used in the field of MRI imaging, OE-OT effectively exploits the oxygen gas challenge experienced by the mice as a way to monitor how quickly and efficiently the extra oxygen reaches different tumour areas through the blood supply.

"Static oxygenation was identical in the two tumour types, apparently insensitive to the striking differences in their vasculature. OE-OT overcame this limitation and revealed highly significant differences between the two," said the team in its paper.

The ability to reveal heterogeneity in vascular structures and their densities could have significant clinical impact. In the case of prostate cancer it may help to meet the currently unmet need for a way to delineate those prostate tumors likely to progress further from those that will not.

The team's preliminary results showed that the magnitude of the response to an oxygen challenge was different for those tumors that proceeded to grow rapidly. That may mean that OE-OT is able to improve delineation between aggressive and indolent disease, as well as assisting in the choice of best strategy for a patient's chemo- and radio-therapy.

"The tortuous nature of blood vessels can leave tumors starved of oxygen, making the cancer resistant to radiotherapy and chemotherapy and very difficult to treat," commented Bohndiek. "If we can translate this technology to the clinic, we may be able to provide a non-invasive way to stratify men for treatment and monitor the effect of different therapies."