Audi working with Alta Devices on cars with ‘solar roofs’ 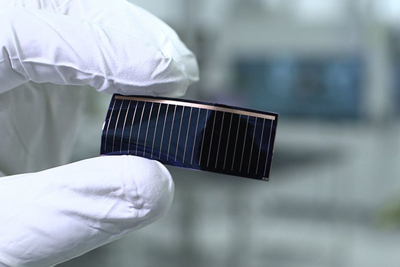 Up on the roof: Alta Devices / Hanergy's thin-film solar cells.

By this cooperation, the partners are aiming to generate solar energy to increase the range of Audi electric vehicles. The project announcement, released this week, says that the first prototype will be developed by the end of 2017.

As the first step, Audi and Alta Devices will integrate solar cells into a panoramic glass roof. In the future, because Alta’s technology is flexible, thin, and efficient, almost the entire roof surface is planned to be covered with solar cells.

The electricity generated from the cells will flow into the car’s electric system and can supply, for example, the air-conditioning system and seat heaters – a gain in efficiency that has a direct positive impact on the range of an Audi electric vehicle.

“The range of electric cars plays a decisive role for our customers. Together with Alta Devices and Hanergy, we plan to install solar technology in our electric cars that will extend their range and is also sustainable,” said Dr. Bernd Martens, the Member for Procurement on Audi’s Board of Management. At a later stage, the partners propose, “solar energy could directly charge the traction battery of Audi electric vehicles”.

Dr. Martens added, “That would be a milestone along the way to achieving sustainable, emission-free mobility,” continued Martens. The green electricity will be generated by Alta Devices’ innovative solar cells. These solar cells are very thin and flexible, hold the world-record for efficiency, performing extremely well in low light and high temperature environments.” 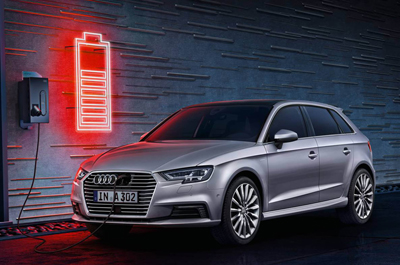 Audi launched its mixed-power e-tron in 2014, with electric motor and petrol engine.

Dr. Jian Ding, SVP of Hanergy Thin Film Power Group and CEO of Alta Devices, who is also co-leader of the Audi/Hanergy project, commented, “This partnership with Audi is our first cooperation with a high-end auto brand. By combining Alta’s continuing breakthroughs in solar technology with Audi’s drive toward the future of the auto industry, we will define the solar car of the future.”

Alta Devices says that demand for its technology will significantly increase through this application in the consumer vehicle market. The company stated, “This development is expected to accelerate our global manufacturing expansion and scale-up. This will increase our competitiveness in all markets including Small UAV, HALE UAV and Space applications.”