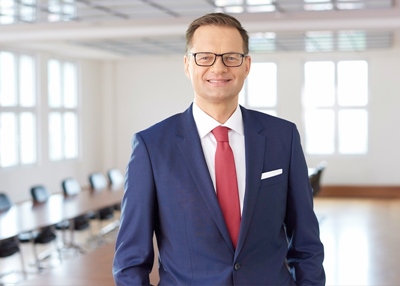 Germany-headquartered Jenoptik, Basler, and SLM Solutions have each reported fast-growing order intake in the opening six months of 2017, indicating strong demand across a number of optics and photonics applications.

Executives at Jenoptik, the largest of the three companies, are now anticipating a strong second half after new orders hit record levels in the first half. At €405.3 million, the Jena firm's order intake was up nearly 27 per cent year-on-year.

Its new CEO Stefan Traeger also reported a 6.6 per cent increase in group sales, to €348.8 million. That boost was attributed in part to the currently buoyant market for semiconductor manufacturing equipment, with Jenoptik’s “optics and life sciences” segment revenues up 15.6 per cent to €124.9 million.

The strength of the semiconductor market and recent restructuring efforts helped the Jena firm’s optics and life science division deliver a much-improved profitability (earnings before interest and taxes) figure of €22.4 million, while the segment's order intake jumped 31 per cent on last year.

Production activity at the company’s new Rochester Hills site in Michigan has also begun on schedule, offering state-of-the-art metrology and laser machining equipment in close proximity to much of the US automotive industry.

Basler booming
Meanwhile machine vision specialist Basler closed its half-year with record-breaking sales and an order book that has doubled in size in just 12 months.

The Ahrensburg maker of industrial cameras reported a 62 per cent rise in sales to €78.5 million and incoming orders of €100.4 million. Pre-tax earnings for the same period more than trebled, to €18.2 million.

And although the order boom does now appear to be slowing down, Basler has raised its sales forecast for the year to between €140 million and €150 million – up from the previous estimate of €120 million to €130 million.

Basler has also expanded recently, with the acquisition of embedded vision technology developer mycable. “Customers who want to use Basler camera modules, but are hesitant due to the time-consuming integration of embedded processing platforms, will benefit from the merger and the associated competence expansion,” said the firm, which sees embedded vision as a field primed for rapid growth.

SLM books biggest-ever order
Not to be outdone, the laser additive manufacturing equipment firm SLM Solutions said its orders had jumped 18 per cent year-on-year, to €35.3 million for the first six months of 2017.

Company CFO Uwe Bögershausen, who is currently heading up the company following the departure of CEO Markus Rechlin earlier this year, said: “Additive manufacturing is becoming increasingly accepted and has meanwhile achieved strategic importance for major industrial companies. We are benefiting from this trend and booked our largest individual order in the company's history in June 2017.”

Rechlin left the company in January, in the wake of the failed takeover bid for SLM by big-hitting GE Aviation. Although Rechlin and the executive board had recommended the offer, it did not gain sufficient shareholder support, with the former CEO regarding that decision as a missed opportunity.

Although the resulting uncertainty disrupted SLM’s business at the time, the situation does now appear to be improving and the Lübeck firm was able to post its first positive operating cashflow since its 2014 initial public offering of stock.