New state-of-the-art facility for optics and optofluidics activity should be up and running next year. 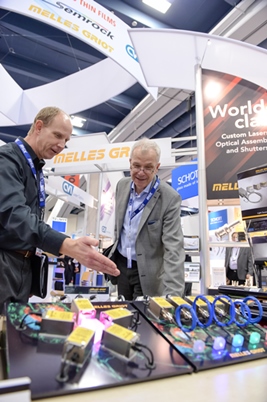 Diversified industrial equipment firm IDEX is expanding its presence in Rochester, New York, with construction of a new state-of-the-art optics facility in the key photonics location set to begin by the end of this year.

Building on the company’s existing presence in the area through its specialist optical filter division Semrock and photonics equipment provider Melles Griot, IDEX says that the move will enable it to scale its optical components, sub-systems, and filters business.

Optofluidics
Gus Salem, president of the IDEX Health & Science business unit - of which the company’s optics activity is one part - said in a release: “The goal of this new facility is to create an Optics Center of Excellence that allows us to continue to advance our leadership position in life science optics and optical assemblies, as well as supporting the semiconductor and defense markets we serve.”

The 100,000 square-foot site will carry out both manufacturing and research and development activity, bringing together the Semrock and Melles Griot businesses already based in Rochester with the Carlsbad, California, end of the Melles Griot business, which has traditionally specialized in lasers and integrated optical systems.

“Additionally, we will be establishing a commercial, research, and development center for innovation in Carlsbad, that will enable continued growth in illumination technology and optomechanical assemblies,” Salem added.

The expansion follows IDEX’s decision to create an “optofluidics” division, which was unveiled last year to target the market for flow cytometry equipment in a more co-ordinated manner.

And that strategy appears to be working. In its financial update last month, IDEX said that sales related to the platform technology increased year-on-year, citing “market share wins and strong demand in all primary end markets”.

“Since creating this new optofluidic enterprise, IDEX Health & Science has focused on the growth of integrated optofluidic sub-systems, components, and highly engineered solutions across its target markets,” adds the company. “This focus has driven accelerated growth across its business and has revealed the need for a new facility that will allow IDEX Health & Science to execute on its long term growth plans.”

AIM Photonics connection
The new center is set to include a “world-class” optical coating facility, while supporting the scale-up of sub-system manufacturing and an expansion of optical sub-system design capabilities.

IDEX added that it selected the Rochester area for its new facility because of its strong pedigree in optics technology, through the likes of Eastman Kodak, Bausch & Lomb, and Xerox, and the local base of people, universities and supporting businesses.

“Additionally, the concentration of current employees and business functions along with governmental support of optical businesses in Rochester contributed to the decision,” it added, referencing the local presence of the AIM Photonics program.

Construction of the new site is expected to begin in late 2017, with the IDEX employees set to move in at some point next year.