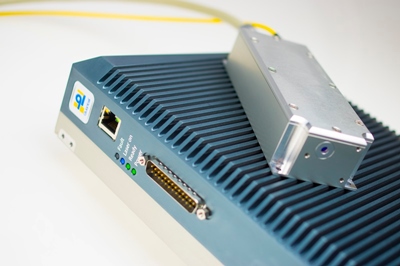 The French laser firms Quantel and Keopsys are set to merge, creating a single company with an annual turnover of around €80 million and approximately 400 employees.

44% dilution
The merger proposal, which has been approved by the Quantel board of directors but still faces a “fairness” evaluation by French audit company LeDouble and other regulatory hurdles, envisages an equity dilution of 44 per cent for Quantel’s shareholders. They will get to vote on the deal at a general meeting scheduled for late September.

If approved by all parties, the agreement would see the current Quantel business amount to 56 per cent of the merged equity, with Keopsys accounting for the remaining 44 per cent.

Quantel would contribute a significantly greater proportion of combined sales revenues than that equity split might suggest. In fiscal year 2016, it posted annual sales of €63.2 million, compared with Keopsys’ €17.2 million.

On the other hand the Keopsys Group is currently the more profitable operation, delivering net income of €2.2 million last year versus Quantel’s return of €0.6 million. The Keopsys Group comprises Keopsys, as well as the former 3S Photonics business now known as LEA Photonics, and Sensup.

However, according to a June 23 release from Quantel, Keopsys held a net debt of €3.1 million as of December 31, 2016, with cash assets of €2.3 million outweighed on its balance sheet by financial debts of €5.4 million.

The Keopsys Group is currently owned by a holding company called Esira that is controlled by Le Flohic himself. Esira established the initial shareholding in Quantel last year through a €5 million acquisition of Eurodyne, which until then had been under de Salaberry’s control.

New shares
According to a subsequent Quantel release dated July 3, the proposed deal has already been approved by both the company’s board of directors – shrunk from eight members to six since Le Flohic’s arrival – and its workers’ council.

Technically, the merger would be consummated by the issue of nearly 7 million new ordinary Quantel shares, each with a nominal value of €1, to increase total share capital from the current 8.8 million to 15.8 million shares.

Quantel’s floating stock price on the Paris exchange currently (as of July 4) stands at around €6.60, having rebounded from an all-time low of just over €1 in early 2014.

One potential complication is that Le Flohic’s Esira holding company would own around 55 per cent of the combined entity post-merger, meaning that under French financial rules it would normally be compelled to launch a mandatory public offer to purchase the entire company. Quantel says that a waiver application against that obligation will now be filed.

But the combined €80 million annual revenues of the two companies would remain dwarfed by rivals like IPG Photonics and Coherent-Rofin, whose stock prices are riding high on sales turnovers now approaching €1 billion.

The emergence of lidar for autonomous vehicle navigation, real-time 2D and 3D mapping techniques, wind energy, and medical laser applications are all cited as growing opportunities for the “democratization” of laser technology to help drive the combined Quantel-Keopsys business forward – although the strongest single market is likely to remain defense and aerospace, where Quantel is well established domestically.

In the June 23 statement issued by Quantel, Le Flohic said: “The Quantel and Keopsys Groups have built up expertise in very closely related technologies and market product ranges that will dovetail together perfectly.

“The proposed industrial combination between the two Groups will create strong value for Quantel’s existing shareholders and ultimately lead to the creation of a very solid Group that is a major leader for pulsed and fiber lasers, and that will have outstanding potential for growth in the years ahead.”