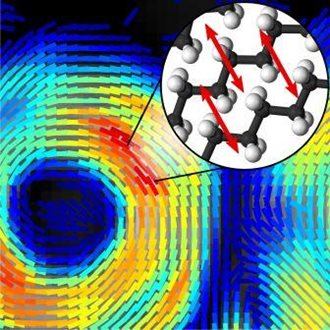 Researchers at CNRS, the French National Center for Scientific Research, have demonstrated a Raman-based imaging platform that could shed valuable light on the precise molecular nature of degenerative diseases. The work was published in Optica.

It also proved successful when applied to a single lipid bilayer membrane, following red blood cells as they interacted with a membrane under various conditions.

An understanding of lipid membranes could prove vital in the study of degenerative conditions such as Alzheimer's and multiple sclerosis, in which the lipid layers around the axons in nerve cells become disorganized and detached, causing the neural signals to malfunction.

"We designed a technique able to image molecular organization in cells and tissues that can ultimately let us see the early stage of this detachment and how lipids are organized within this myelin sheath," said Sophie Brasselet of CNRS.

"This could help us understand the progression of diseases by identifying the stage at which lipids start disorganizing, and what molecular changes are occurring during this time."

However, the team notes in its paper that CRS has until now been unable to address molecular dynamics on fast time scales, constrained by its point-scanning approach, and in practice only minute-scale molecular processes have been properly analyzed. Current advances in electro-optical systems and polarization components now offer a route to speeding up the operation considerably.

"We propose a method that exploits the benefit of high-speed electro-optical polarization modulation of the pump beam, in principle up to MHz as limited by electronics bandwidth, and lock-in amplification to read-out molecular order and orientation at a fast rate," notes the Optica paper.

In trials, polar-CRS proved able to acquire lipid orientation information from a field containing several cells in less than one second. A sequence of such images then revealed molecular orientation dynamics in lipid samples at sub-second time scales - including those at single-cell membranes, a challenging scenario until now.

This has immediate relevance for understanding degenerative diseases and the monitoring of lipid organization in myelin as a possible marker for early detection, while another attractive application could exploit the way that Raman spectra of individual blood cells are known to show characteristic spectral features when within tumor cells, perhaps an early sign of malignancy. Uses for a structural vibrational imaging modality able to deliver chemically specific dynamics information may prove numerous, according to the team.

"Ultimately, we would like to develop coherent Raman imaging so that it could be used in the body to detect diseases in their early stages," said Brasselet. "To do this, the technique would have to be adapted to work with endoscopes or other tools in development that allow light-based imaging inside the body."