Toptica and PTB lead consortium to devise optical single ion clock by 2020; quantum theme is a highlight at LASER 2017. 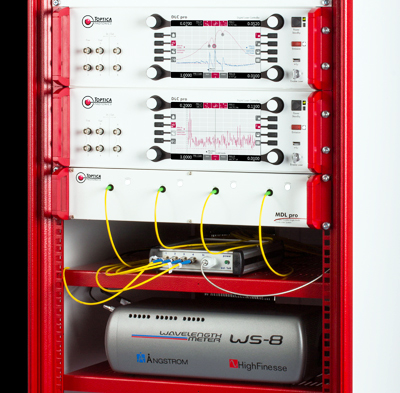 The German Federal Ministry of Education and Research (BMBF) has launched a strategy called QUTEGA in the field of quantum technologies that recognizes the importance of this field for economic and scientific development in Germany.

To this end, the BMBF has selected three pilot projects addressing important developments in quantum technologies. The first pilot project called OptIclock – Optical Single Ion Clock was initiated in May 2017.

This project, led by Toptica Photonics and the Physikalisch Technische Bundesanstalt, Germany’s National Metrology Institute (or PTB) intends to develop a demonstrator device for an optical single ion clock within three years.

The research consortium – Ferdinand Braun Institute Berlin, High Finesse, Menlo Systems, PTB Braunschweig, Quartig, Qubig, Toptica Photonics, the Universities of Bonn and Siegen, and Vacom – will receive a €4.5 million grant. Together with a contribution of €1.5 million from the industrial partners, the total investment is €6 million.

The OptIclock project is set to capitalize on the enormous potential of quantum technologies, now being intensely investigated in scientific institutes worldwide, “with the objective of creating something useful beyond academic research” according to the BMBF statement. Today’s best experimental clocks in laboratories achieve accuracies between 1 part in 1017 to 1018; projected onto the age of the universe of 14 billion years, such clocks would err by only about one second.

So far, however, these clocks typically require the permanent intervention of scientific personnel and can be operated for a limited time of typically just a few days for specific measurement activities. The OptIclock demonstrator is aiming at a slightly reduced accuracy by a factor of 10 to 100 – still significantly better than commercial clocks or frequency standard. But, in contrast to today’s laboratory solutions, the OptIclock will be transportable and non-scientific users will be able to operate it even in an office environment.

In order to make the proposed Opticlock useful for general operators, the Toptica and PTB-led pilot project will investigate miniaturization, automation as well as integration of individual components and design a comprehensive architecture for the complete system. 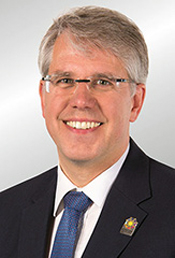 The opening talks of this year’s LASER World of Photonics Congress in Munich on Monday June 26th will have a particular focus on quantum technologies. In fact they are a recurring theme throughout the entire Congress program.

Starting at 09:40 in the ICM International Congress Center, the welcoming address will be presented by. Dr. Peter Leibinger, Vice Chairman of the Managing Board of Trumpf, who is also Chairman BMBF Advisory Board. His keynote address “Drawing on Photonics strength—taking up the challenge of Quantum Technologies” will acknowledge the political and economic importance of these optical technologies.

At 10:00, Prof. Dr. Jörg Wrachtrup will deliver a lecture entitled “Putting a Spin on Photons”, which will explain that efficient matter-photon interfaces are key elements of quantum technology. He will also describe how quantum communication relies on photon storage and processing but spin photon interfaces can also increase the sensitivity of quantum sensors.

In the afternoon, there is a dedicated session on the importance and foreseeable industrial use of quantum technologies: Prof. Tommaso Calarco, Director of the Institute for Complex Quantum Systems at the University of Ulm will describe the “The European Quantum Technologies Flagship Program” and Dr. Wilhelm Kaenders, President, Toptica Photonics will give a lecture to answer the question “Time for Quantum Technologies?”, to examine whether this research field has achieved industrial maturity.

Then on Wednesday June 28th between 10:00-10:20 h in the Photonics Forum (Hall B2), Dr. Jürgen Stuhler, Senior Director Quantum Technologies at Toptica Photonics, will give an overview presentation on European & National Quantum Initiatives, encompassing developments in sensors, test and measurement with optical measurement systems.

The LASER 2017 Conference Preview states: “This presentation will outline which difficulties one might face when transfering cutting-edge academic research results into industrial products or applications. One way to overcome some of these problems is public funding of common projects between academia and industry.