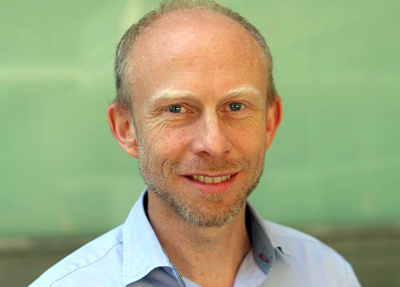 James Sharpe, who invented a 3D imaging technique for examining biological tissues and organs, has been appointed the first Head of EMBL – the European Molecular Biology Laboratory – in Barcelona, Spain.

Founded in 1974, EMBL is Europe’s flagship laboratory for the life sciences – an intergovernmental organisation involving more than 80 independent research groups covering the spectrum of molecular biology. Including Barcelona, it operates across six sites, the others being in Heidelberg, Hamburg, Grenoble, Cambridge and Monterotondo (Italy).

The new EMBL domain will focus on tissue biology and disease modeling, and is intended to make the latest imaging technologies available to scientists worldwide.

Sharpe, who currently leads the Systems Biology Programme at the Centre for Genomic Regulation (CRG) in Barcelona, will commence his lab work at EMBL this Autumn, following a three-month sabbatical at Massachusetts Institute of Technology, Boston, Ma, where he will learn more about the latest developments in tissue engineering, organ-on-chip technologies, microfluidics and organoids.

While studying at Oxford University in the 1990s, Sharpe became interested by the parallels between electronic circuits and how gene networks control tissue and organ development. He undertook a PhD in mouse developmental genetics, and then combined these interests by creating computer models of how limbs form – a paradigmatic example of organogenesis.

However, collecting data on which to base these models was difficult – existing technologies were not suited to imaging whole body parts while they develop. So in 2001 Sharpe invented a new 3D imaging technique: Optical Projection Tomography.

This technique enabled scientists, for the first time, to obtain detailed images of biosamples between 1mm and 10mm in size. In 2006, Sharpe moved to the CRG to continue exploring limb development by combining experiments, imaging and computer modeling. Sharpe’s lab at EMBL Barcelona will continue to draw on these different approaches to explore how genes, molecules and cells come together to form a limb. 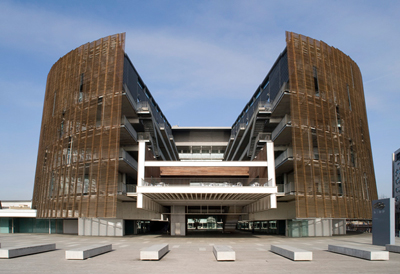 EMBL is located in the Barcelona Biomedical Research Park.

In his role as Head of EMBL Barcelona, Sharpe will next be looking to recruit a Head of Core Facility to lead the site’s state-of-the-art offerings in imaging technologies. Soon after, he will be recruiting the first new group leaders, who will start early 2018. The new unit aims to cover a broad scope of multicellular systems, including organoids, tissue engineering, regeneration and more.

Sharpe explained, “In recent years a number of new technologies make possible what was inconceivable just a decade ago. First, new 3D imaging technologies allow us to observe the structure and dynamics of large multi-cellular tissues. Second, new high-speed computers allow us to model the complex dynamics of thousands of interacting cells.

"And third, new in vitro culture techniques have advanced to the point where researchers can produce three-dimensional tissue structures from human cells in the laboratory that resemble those found in organs such as the eye, gut, liver and breast.

“A key goal of EMBL is to become a centre of reference in this field, and to host groups making major breakthroughs in our understanding and treatment of tissue-related diseases, through technologies such as human organoids and others. I believe we also have the opportunity to help define the field of tissue biology."

Sharpe concluded, "For the research community in Barcelona, one clear benefit will be having stronger links and more direct interactions with the EMBL family. We will be hiring seven new groups, bringing in experts from all over the world – an injection of talent that will complement the already strong local research community. EMBL will benefit from being a part of the strong and exciting research community in the Barcelona Biomedical Research Park.”