AIM Photonics at 'inflection point' as latest grant is approved

$81M tranche released for construction and tool installation at test, assembly and packaging facility in Rochester. 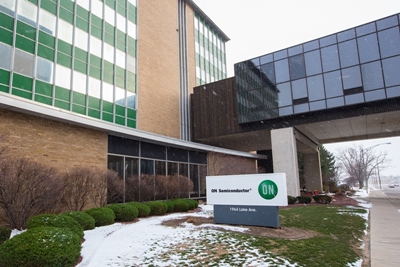 Tool installation and staffing of the AIM Photonics test, assembly and packaging (TAP) facility in Rochester, New York, is set to begin in earnest – after state officials approved an $81 million grant to support operations at the former Kodak site.

Now owned by the Phoenix-headquartered image sensor manufacturer ON Semiconductor, the building at the Eastman Business Park is regarded as a cornerstone of the wider AIM Photonics effort, where state-of-the-art photonic integrated circuits (PICs) will be produced in volume.

“By attracting new investment in this burgeoning industry and convening leading photonics leaders [sic] from across the country, this federally designated AIM Photonics facility will accelerate the growth of Rochester and across the region,” Cuomo said in a state release.

The $81 million grant will be used to support capital purchases of key tools and equipment, as well as the running costs of the TAP site.

According to AIM Photonics, the tooling portion will include the industry’s “first and only” open-access test facility for photonics devices produced on 300 mm diameter semiconductor wafers.

The latest tranche of cash is part of a $250 million commitment from the state to support AIM Photonics, with additional funding in the form of a $110 million award from the US Department of Defense and $250 million in private support for a total investment of more than $600 million.

It comes after an initial $78 million for tooling, equipment, technology licenses and operations, approved in July 2016, and a further $28 million to renovate, equip and operate the TAP facility announced in January.

Milestone
Bob Duffy, who chairs the AIM Photonics leadership council, described the latest release of funds as a “significant milestone,” adding: “We are now ready to begin the much-anticipated phase of tooling and staffing the TAP facility. This is truly a great day for Rochester, current and future AIM Photonics members, and all of the stakeholders who have helped to make this possible from the beginning.”

Howard Zemsky, CEO of Empire State Development, added: “Rochester's photonics cluster is a fast-growing sector in which the state is making strategic investments that are spurring new growth in manufacturing and building on the region’s legacy of being home to cutting-edge optical and photonics technologies.”

Other recent developments at AIM Photonics include a patent licensing agreement with IBM, with the computing and chip giant now a member of the consortium, while a “proposers meeting” for 2018 funding took place in Rochester last week.

According to the organizers, more than 100 members and partners participated in various working groups, with a special session on photonic integrated circuit (PIC) design for AIM’s multi-project wafers (MPW) approach to manufacturing.

Industry participants included Cadence, Synopsys, Mentor Graphics, Mosis, Analog Photonics, Lumerical, and PhoeniX Software. “This meeting helped guide individuals interested in submitting a proposal, while learning more about how to engage with the consortium to maximize business capabilities, as well as to learn about the benefits of becoming an AIM Photonics partner,” AIM said.