Specialist maker of volume Bragg gratings (VBGs) span out of University of Central Florida in 1999. 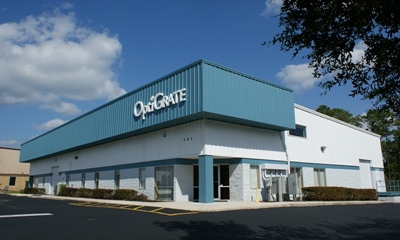 Fiber laser giant IPG Photonics has acquired the Florida company OptiGrate, saying that its volume Bragg grating (VBG) technology will be critical as it launches a new line of ultrafast pulsed lasers.

Spun out of the University of Central Florida back in 1999 and based in Oviedo, OptiGrate was majority-owned by the family of its founder Leonid Glebov. His son Alexei, currently general manager, will continue to run the business alongside CTO Vadim Smirnov following the deal.

He added: “IPG is intensely focused on advancing the use of lasers around the world and the technology used in them. As such, the acquisition completes IPG’s internal set of core components for our revolutionary new ultrafast pulsed laser product lines that we are introducing to the market.”

Alexei Glebov told optics.org that OptiGrate’s approximately 40 employees would continue with the company as part of IPG, with the parent firm promising to honor all existing customer commitments while further expanding the market for VBGs.

IPG added that it expected OptiGrate’s operational location to remain in Oviedo. Back in 2012, Optigrate completed a 10,000 square foot expansion in the Orlando suburb, in response to fast-growing demand for its products. VBGs can also be used to scale laser power through wavelength beam combining.

The expansion was entirely self-financed, with Alexei Glebov saying at the time: “Over many years we sustained organic profitable growth, and we always reinvested our profits in expanding our technology base and production capabilities."

Record sales and stock price
Earlier this month IPG posted yet another record in its latest quarterly financial filing, as sales jumped 38 per cent year-on-year to $286 million and net income rose even more sharply, to $74.9 million.

Shortly after announcing the OptiGrate deal, the stock rose another 2 per cent in value, to stand at just over $139 on the Nasdaq exchange. At that current level, the company commands a market capitalization of around $7.5 billion.