Dutch firm contends that the German optics giant misled the public with earlier statements about a patent lawsuit ruling on intraocular lenses. 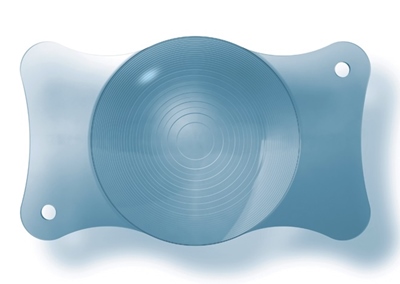 Amsterdam-headquartered VSY Biotechnology, which is involved in a patent lawsuit with Carl Zeiss over its intraocular lenses (IOLs), is claiming a victory following a recent court ruling in the case.

VSY objected to a Zeiss announcement in March, to the effect that the German optics giant had prevailed in a patent lawsuit surrounding the use of “trifocal” IOLs based around gratings that enabled more effective sight correction in cataract surgery patients.

But, following a May 11 court injunction, Zeiss has now removed the press announcement – concerning European patent EP 2377493 B1 - from its own web site. VSY had previously stated that the ruling referred to as a victory by Zeiss would be subject to appeal, with a final judgment likely to take several years, and unlikely to be effective outside of Germany.

VSY’s CEO Ercan Varlibaş described the latest ruling as a victory for VSY Biotechnology, adding: “Large companies and their directors needed to act ethically and not give misleading information to doctors and consumers.”

“VSY Biotechnology is a young, dynamic and innovative company,” he added of the firm, founded in 2009 and now said to employ 270 people in operations across no fewer than 55 countries.

“Within the next ten years [we] aim to become one of the top five companies in the world in the field of ophthalmology,” Varlibaş added, saying that 32 new ophthalmic products were under development at the company’s research center, and set to hit the market within four years.

VSY Biotechnology is also preparing to put its ophthalmic medicine facility into operation in 2018, stated the company. It told optics.org that the patent infringement case, being heard in the Düsseldorf district court, would likely take 4-5 years to resolve.

Although some of that increase was the result of currency effects, Carl Zeiss Meditec said that its surgical ophthalmology division – which includes IOLs and other cataract treatments – had achieved “significant” revenue growth, with laser systems for refractive vision correction also up strongly.

Once again, it was sales in the Asia-Pacific area driving the company’s revenue growth, and with revenues up nearly 22 per cent year-on-year the geographic region now clearly represents Carl Zeiss Meditec’s largest.

Meanwhile parent company Zeiss said its total revenues rose 10 per cent over the same period, to €2.55 billion. While the medical division was responsible for some of that rise, the bulk of it related to the current boom in demand in the semiconductor capital equipment industry.

At €541 million, sales at Zeiss’ semiconductor manufacturing technology (SMT) division were up some 29 per cent on the same period a year ago – thanks to the latest upsurge in demand for lithography systems featuring Zeiss optics.

“Following several years of subdued growth, the SMT segment has grown by almost 30 per cent, primarily because of the high demand for deep-ultraviolet (DUV) lithography systems,” Zeiss announced, adding: “It has also seen increasingly positive momentum in the business with the future-oriented technology extreme ultraviolet (EUV) lithography.”

“As things stand today, we will be able to forge ahead with our growth trajectory in the second half of the year,” predicted Zeiss CEO Michael Kaschke. “All segments are aligning their business more closely with customer success. We are committed to meeting the ever-greater need for innovative, and increasingly digital solutions.”