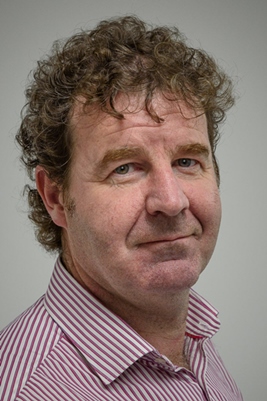 Shareholders in CST Global have approved a deal that will see the Glasgow, UK, producer of semiconductor lasers become part of the Swedish telecoms component maker Sivers IMA.

The deal - originally announced last month - sees Sivers IMA gain ownership of CST Global’s wafer foundry operations, as it looks to establish a presence in the optical communications sector – currently in the midst of a boom in demand thanks to the build-out of high-speed networks and data centers.

Earn-out incentive
The terms of the stock-based acquisition sees nearly 28 million new Sivers IMA shares transferred to CST’s owners – equivalent to just under SEK 152 million (£13.3 million) when the agreement was first announced, although Sivers IMA’s stock has subsequently dropped in value to around SEK 4.

However, an additional earn-out payment of up to half that number of shares is possible – if CST’s revenues for calendar 2017 end up exceeding £6.5 million.

And while Sivers IMA says that CST’s 2016 sales came in at around SEK 40 (£3.5 million), the two companies are reporting rapid growth in demand this year.

Neil Martin, the long-time CEO at CST Global, said: "Both companies are seeing more than 45 per cent growth, compared to the same period last year. We operate in complementary parts of the emerging, next-generation, high-subscriber network markets where we can now offer photonic, microwave and millimeter-wave solutions.”

The CST device portfolio, fabricated on 3-inch and 4-inch wafer lines, includes leading-edge lasers used in data center, cloud and "fiber-to-the-subscriber” applications in China, Europe and the US. A 2000 spin-out from the universities of Glasgow and Strathclyde, CST also acquired Intense Photonics back in 2011.

While Sivers IMA says that other applications, across the industrial, defense and health sectors, are possible, the focus will be very much on the communications side, at least in the near term.

“The market for broadband is showing strong growth,” Sivers IMA said. “The technologies that are being developed to meet this demand are WiGig, 5G and fiber. With the acquisition of CST Global, Sivers IMA will be able to deliver solutions within all these technologies at the same time.”

Rights issue and Nasdaq listing planned
The Swedish firm, headquartered in the Stockholm suburb of Kista, adds that although CST made a financial loss on its 2016 performance (based on an “EBIT” definition), it will swing to a positive EBIT this year thanks to the ramp in demand.

Meanwhile, Sivers IMA says that it plans to conduct a rights issue to raise additional capital needed to meet the anticipated increase in demand, and to support company operations. It is hoping to raise around SEK 80 (£7 million).

CEO Anders Storm said: “We know that data usage and bandwidth needs are constantly increasing and with this acquisition Sivers IMA is now able to offer basic components in these growth areas. This places Sivers IMA in a very advantageous position.”

The plan is to grow the existing CST portfolio, building on the 100 Gb/s lasers aimed at data-center and metropolitan network deployments – and to balance out the Sivers IMA offering across both optical and RF communications.

Björn Norrbom, the Sivers IMA chairman, outlined more future plans. He said: “The acquisition of CST Global reflects a new chapter in our history and is an important part of our strategic plan to establish Sivers IMA as a leading global electronics component supplier within data and telecommunications.

“This is the first step in a larger plan in which we initially intend to apply for listing at Nasdaq First North, with the objective in the next step to transfer to the Nasdaq Stockholm main list.”