TriLumina tops up funding with $9M round 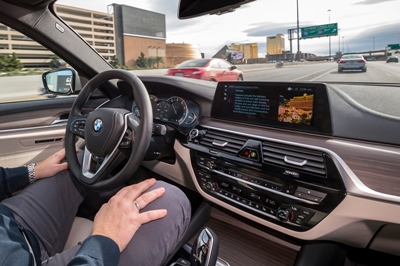 TriLumina, the Sandia National Laboratories spin-out that makes semiconductor lasers, says it has raised another $9 million in finance – almost exactly a year after attracting a similar total.

The Albuquerque, New Mexico, firm said it closed a combination of equity and debt finance, with contributions from new investors including the Kickstart Seed Fund, plus existing backers Stage 1 Ventures, the Cottonwood Technology Fund, DENSO Ventures and Sun Mountain Capital.

Crowded market
One of dozens of venture-backed companies now targeting the emerging market for lidar sensors in the navigation systems of self-driving cars and trucks, TriLumina is focused on providing laser modules at the heart of solid-state versions of the sensors.

While lidar units are becoming a familiar sight on top of early self-driving prototype vehicles from the likes of Google affiliate Waymo and traditional auto makers, these bulky systems are regarded as far too expensive for widespread deployment.

As a result, several companies –among them Velodyne, Quanergy Systems, and Luminar Technologies – are working on far more compact solid-state versions. Velodyne and Quanergy are both in the process of kitting out factories to mass-produce the units, in a bid to reduce the price of the technology from several thousands of dollars to as low as $100 per sensor.

TriLumina's illumination modules could be crucial for that development, aiding the eventual commercial deployment of semi-autonomous and autonomous vehicles.

The company reported that it has now moved beyond initial technology development, and is sampling lidar modules to “major Tier 1s” in the automotive sector, though it did not name any specific partners.

VCSEL power
Its CEO Brian Wong said of the latest round of finance: “TriLumina continues to accelerate on the execution of our plans to develop low-cost laser Illumination modules based on our flip-chip, back-emitting VCSEL arrays for automotive lidar.

“This funding enables us to refine our products for customers, build-out our manufacturing supply chain and complete our quality infrastructure, thereby enabling us to launch products into the autonomous vehicle ecosystem in the near future.”

At last month’s SPIE Defense + Commercial Sensing (DCS) event in California Louay Eldada – the CEO of Quanergy Systems – said that automotive lidar was putting the optics industry in the global spotlight, in similar fashion to the optical communications “gold rush” of the late 1990s.

In a keynote address, Eldada claimed that Quanergy’s latest modules cost just $250, suggesting that the technology is approaching the kind of level that the auto industry would deem acceptable.

Several car makers have indicated that they intend to adopt lidar, with Ford last year purchasing a significant stake in Quanergy’s main rival Velodyne, and BMW’s lead technologist saying during the Consumer Electronics Show (CES) in January that the photonics technology would form a key element of a future multi-sensor “fusion” package in the German firm’s cars.

However, there is not universal support for lidar technology in the industry. Notably, Tesla’s existing range of semi-autonomous vehicles use a combination of radar and camera sensors to help drivers navigate, while others have cited issues with sensing range, spotting dark objects, and glare from low sunlight as negatives for lidar.

News of the TriLumina funding comes as Waymo and ride-hailing service Uber continue to battle out a high-profile court case centered on the use of lidar technology in autonomous vehicles.

Earlier this week the judge overseeing the case ordered Uber to hand over thousands of "purloined" files supposedly full of Waymo's lidar-related "trade secrets" to the court, but also criticized Waymo for its over-zealous attempt to monopolize technology based on centuries-old optical science.