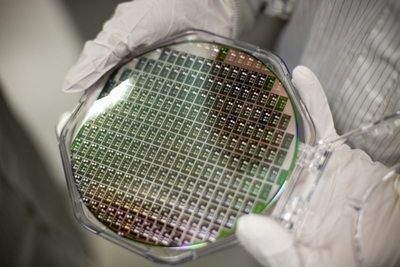 by Ford Burkhart
The AIM Photonics Academy opened a workshop on strategies for 2025 at the campus of the Massachusetts Institute of Technology (MIT) last week (March 25 to 27) with a call for manufacturers to work more closely, to build new tools and a unified platform for producing photonic integrated circuits (PICs).

For the first such workshop held by MIT as part of AIM Photonics, about 150 experts from academic, industry and related fields attended.

“Advanced PIC manufacturing is complicated,” Moskowitz said. It involves more than a dozen functional areas, “in which some tools do not exist yet, and must be integrated and managed.”

In his talk, titled “Manufacturing: A Confluence of Tools, Technology and People,” Moskowitz told delegates that non-traditional skills and structures are increasingly required in the workforce, and that significant management skills were imperative. “Manufacturers will need to collaborate more across the ecosystem,” he added.

Continuing on the theme, Randy Kirchain, a principal research scientist at MIT’s Materials Processing Center, noted: “With such complex and demanding high-precision technologies such as PICs, various private-sector companies are compelled to work together in a spirit of ‘co-opetition’ [sic].”

“Yes, you lose some opportunity, but the goal is to enlarge the pool of resources for everybody,” said Kirchain.

Applications and design sessions
Covering new applications, Young-Kai Chen, senior director at Nokia Bell Labs, said: “with RF signal processing in a PIC, there are a lot of interesting things you can do, beyond telecom applications, such as high-security transmission.”

A promising note was sounded by Cyrus Bamji, a partner hardware architect at Microsoft, who said: “With time-of-flight technology, they were very worried about the theoretical problem of laser speckle, and spent countless hours modeling for it.” But in experimental practice, Bamji reflected, the anticipated problems did not materialize.

Spanning frontiers in design, Brett Attaway, director of electronic-photonic design automation solutions at AIM Photonics, had an invitation: as the manufacturing effort seeks to rapidly build up a library of process design kits (PDKs), he said, "if you have ideas for good useful PDK components, let us know.”

Attaway added that the methodology is currently much more rigid in the world of electronic chip design – whereas the photonics realm is typically much more dominated by academics, and is less disciplined than what would be found in the far more mature electronics sector.

And Stefan Preble, of the Rochester Institute of Technology, suggested that the emerging sector ought to take inspiration from the electronics world and define standards, thus moving away from a research perspective.

Preble added: “We need to focus much more on photonic chip design. To fully characterize a transceiver, you need to do automated testing.”

Milos Popovic from Boston University said that a goal for him and Preble was to design a course that was not just about photonics, but about electronic-photonic design, and which enabled “tight” simulation of electronic and photonic devices together.